How was 2020 for Pakistan Cricket? Well, the year ended with a heart-breaking loss against New Zealand. However, on the whole, it has been a mixed year for a team, which at times surprised with resilience and on several occasions, faltered to fulfil the promises that one can expect only from Pakistan. Though, if one were to speak specifically on how was 2020 for Pakistan cricket, then the biggest gain will have to be the return of the sport to a country that was craving for it, and one that has produced legendary criketers that are spoken of each passing day.

When Pakistan began their last day of what’s truly been a dreadful year and not just for the sporting world but for the planet, all that was required of them was to bat out the 90 overs. Make no mistake for this was just for a draw. But what happened on the final day summed up their entire 2020.

The fans had very minimal expectations, the team ultimately surprised them by their performance and in the end faltered to achieve the target.

Test Cricket: 2020 for Pakistan cricket was a year where the sport the very sport that was all but wiped out, saw the sub-continental force play quite a few games. Of the 5 Tests they played, Pakistan won only a solitary game and lost two albeit in what were difficult conditions.

Positives: Mohammad Rizwan’s emergence for the side can surely be dubbed as one of the standout moments of 2020 for Pakistan Cricket.

As the team’s most consistent batsman, he scored four half centuries out of seven innings was the biggest positive. Rizwan seemed to have solved Pakistan’s riddle for a good Test keeper.

Azhar Ali’s 141* at Southampton could be termed as the Test innings of the year for Pakistan an innings where the senior batsman showed lot of courage and character. Fawad Alam’s 102 was the second-best innings in terms of run scored in difficult conditions.

Yasir Shah’s 4-66 at Manchester warrants to be termed the best bowling performance where he showed that he still is the best spin option that Pakistan have.

What 2021 holds: Pakistan are scheduled to play 6 Tests next year, while the number of Test they are playing every year has been continuously decreasing which is a concern but the fact they will be hosting a high-profile series against South Africa at home will give them a huge boost.

One Day Internationals:  Pakistan played only three ODIs in 2020 and it was no surprise that captain Babar Azam was the highest scorer with 221 runs while Mohammad Hasnain’s 5/26 against Zimbabwe was the highlight as the youngster showed lot of promise.

What 2021 holds: Pakistan will be playing number of crucial series in 2021, a year where Asia Cup is also scheduled. The year is crucial for identifying the 15 players who could be taken for 2023 World Cup.

T20 Internationals: Pakistan continued to show why they love shortest version most, it has been their most successful format once again. They played 11 matches and end up winning 7 of them. The only series they lost was recently in New Zealand however sterner Test await in 2021 where they will be playing more against top ranked teams.

Positives: At 40, Mohammad Hafeez quite simply proves that age does not matters at all even in shortest version of the game, which one must do well to remember is equally liberal with the physical challenge (it asks of its subjects) as well as with the high dosages of entertainment it serves.

With 415 runs at 83, he is arguably Pakistan’s best batsman of the format.

With four fifties’ in eight innings, his game clearly showed that there’s massive improvement but one that can be expected from a humble servant of Pakistan cricket, lest it is forgotten, the all-rounder has been around for nearly a decade and a half.

Will he will be crucial for Pakistan in the 2021 World Cup? Ever heard of the phrase “but obviously?”

Meanwhile, the passionate right-arm fast Haris Rauf’s clever variations were one of the reasons why he rounded up 2020 as the highest wicket-taker for his side.

Talk of how was 2020 for Pakistan Cricket and you cannot help but laud the Rawalpindi bowler’s efforts. He played in every single game his side participated in 2020 and ended up with 16 wickets from 11 games (overall).

Overall Positives and Disappointments in 2020: The return of consistent international cricket in Pakistan was the biggest positive, with England and South Africa set to travel the cricket starved country next year, it might be the turn in fortune that the country have been waiting for long time.

The biggest disappointment was the retirement of Mohammad Amir. A career which had promised so much when Amir arrived as 17-year-old in 2009 ended on a very sour note as Amir alleged serious allegations against Waqar Younis and others in team management.

What 2021 holds: It appears that 2021 will be crucial in terms of T20Is. For  team that’s currently fourth on the ICC T20I (men’s) rankings, there’s scope for improvement for the 2009 World T20 winners. But one mustn’t forget that a team often loosely (rather one-dimensionaly) labeled ‘unpredictable,’ Pakistan, with 7,516 points are head and shoulders above several promising and strong sides, one of which includes two-time T20 World Cup winners: The West Indies (10th on the table, trailing Bangladesh and Afghanistan).

But that’s only going to but as all the sides will be gearing for the world cup and Pakistan will surely be a strong contender considering they are a consistent side in the format. 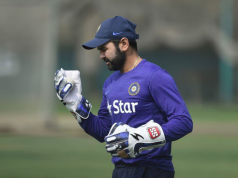 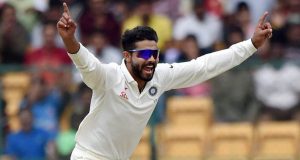 Is Ravindra Jadeja The Soul Of India’s Dominance?

Abhishek Srivastava - November 29, 2017
1
As a player who thrives on challenges, Ravindra Jadeja has never been perturbed by any backlash. Instead, he has taken it in his stride...