As the Proteas women take the field against the visiting Pakistan side at Kingsmead on January 23, winning the second ODI would not be the only thing on their mind.

Surely, another win here in this next and brand new game and actually, a very important one at that, would ensure the series in the favor of Sune Luus’ ladies.

But sometimes, there are also occasions where you wish to communicate a message, impart some life lesson.

To most viewers watching what should hopefully be another cracker of a contest given the first was an absolute thriller, this will be the Proteas women staring at a Pakistan that’ll be keen to bounce back.

Victory was assured in the first of the three ODIs as the hosts were able to contain Nida Dar and that inspiring stand with Diana Baig.

But in this game, the Proteas women will be adorning a jersey and colour scheme with a marked difference.

It’s being called- and is currently trending on social media- the ‘Black ODI.’

Not an uncanny strategy to strangely surprise a Pakistan that’ll be a bit shaky and angry, loaded with mixed feelings at having been restricted three runs short of the target in the first game.

But an important reminder to the world about the perils of gender-based violence.

And it’s this poignant message to be communicated by an all-black attire which makes the Proteas women stand out, especially at a time where the need to talk about gender-based violence is urgent.

Surely, cricket is, at the end of the day, pretty much about numbers and a win and a defeat.

But it’s equally moving- if not always a recurrent occurrence- where eleven names stand together to echo a message that’s every bit vital as it is often unaddressed.

Never before has the need to stand together to end gender-based violence been so vital as what one finds today.

A simple visit to the UN Stats website on the said theme would bring to light a painful reality:

Globally, 35 percent of women have experienced some sort of sexual violence, which could actually be any among-

Sexual violence by a non-partner

If this doesn’t convey something sad then what will? How can anyone swallow what’s but a bitter pill given that in some cases, the above numbers can actually be as high as 70 percent, given that such atrocious behavior can even lead to depression and a higher chance of women developing HIV?

In a sport that’s ultimately team-driven, credit must be given to the Proteas women to stand together in using cricket as the platform to direct attention toward a reviling evil that can so often be considered just another crime or truth of life.

In South Africa itself, such incidences become soul-stirring realities of life since only 1 in 9 rape instances- media suggests- are ever reported.

Until 2000, the South African murder rate of women was around 5 times that of the global average?

How did things change a decade and a half later?

Doing simple math here would say 1 in every 400 South African women was subjected to some form of sexual offence.

So when in a few hours from now, a group of passionate, nation-loving women stand together, undisturbed by anything else other than their honest brand of Cricket- armed with zest and pride- the Proteas women will not be standing alone.

Perhaps it suffices to suggest they will, in addition to their whirring bats and enormous will to succeed, will be armed by a much-needed message whose significance is mighty, and not restricted only to the welfare of women in Madiba-land.

What must break our hearts about the plight of women in today’s world is the very fact that some of the most noted countries, including Pakistan, India, Lebanon, Iraq and the likes fare so poorly where it comes to the Women, Peace and Security Index Rating (taking into consideration inclusion, security, and justice).

The need to unite at this hour and put forth a message that is both telling and meaningful was communicated avidly by Mignon du Preez, among the stalwarts of Proteas women side, who shared:

“Something that we’re definitely going to talk about in this series is gender-based violence. I think that’s also something that’s close to our hearts and is a big issue in South Africa,” as told to ESPNcricinfo.

The experienced right-hander, who’s gathered 5,000 international runs for the Proteas women further added, “We, actually, will have a ‘Black Day’, where we will be playing in black, standing together. For us that’s going to be the focus this time around. There’s been a lot of talk around other racial issues, and we know it’s a big issue around the globe. But, for us, this is one that really touches home, and we’re going to focus on that during this series.”

Never a better time than now- this being a generation that sides with self-expression and activism over meaningless rabble rousing- to take a stand.

Another occasion to salute the quintessential Proteas spirit; one united by love for each other, always together, never alone. 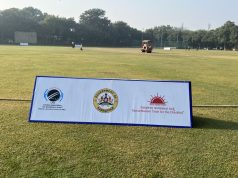 T20 World Cup For The Blind 2022: Passion Takes On Might As South Africa Clash With Sri Lanka In A Must Win Duo! 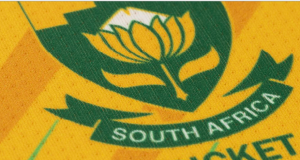 Pranay Rangra - August 17, 2020
0
When sport and politics intertwine, the result is invariably a 5-letter word called chaos. As chaos hits an organization, clarity of mind, transparency and trust...