Being a star son gives lots of advantages and privilege,s but they also bring several challenges along. One of them being the pressure of expectations, which so often has taken a toll on a number of players. When Usman Qadir forayed in International Cricket, he also had same challenges to defy; but will the leggie succeed  in carving a successful career much like his legendary father, Abdul Qadir?

Pakistan’s legendary leg spinner Abdul Qadir was 38 when Usman Qadir the youngest of his sons was born, three months later in November of 1993, the ace spinner played his last match against Sri Lanka. He was out of favour from the selectors and then management who wanted to blood in youngsters like Mustaque Ahmed. Qadir played domestic cricket till 1995-96 season and ultimately bid adieu the game he has loved passionately. Usman being only 2 then does not remember much from his father’s playing days.

However, he remembers that his father loved cricket and was worried about state of Pakistan Cricket in late 90s. He also remembers players like Shane Warne and Anil Kumble coming to his home for meeting his father. It was, however, in March 2002 when Usman was taken by his father to the Gaddafi Stadium where Sri Lanka and Pakistan were playing final of Asian Test Championship. Usman met a number of players from both the sides, his love for cricket started from that particular moment.

In 2008, at the age of fifteen, he gave the U-15 trials and was selected. From here on- he was taken under the tutelage of his father, who said that his journey had began; Abdul Qadir taught his son all the tricks of the trade that he had learnt over the years and which made him a renowned name in an era (1977-1993). This was the time when the art of leg-spin was virtually dead.

He was, therefore, in some ways, a great reformer.

However, Qadir never wanted that his son to be labelled as a product of nepotism and hence, once he even struck off Usman’s name from selection wanting the younger Qadir to earn his cap. As a result, Usman moved to Australia and decided to pursue his cricket career there to begin anew.

A few years later, circa 2019, his father passed away, while on the other hand, Usman Qadir was selected to play domestic cricket for Pakistan. This was a sign that the selectors were still considering him to play for Pakistan. Could this be the next big calling and turn around his career giving it a great headstart?

What’s important to know is that this step rekindled Usman Qadir’s fire of playing for Pakistan once again and he returned to the country.

In 2020, he played his first international against Zimbabwe and since then, has been a regular member of the T20I side.

While Usman’s First-Class and List-A career has still not taken off, Pakistan, nonetheless, for the time being have preferred to give him a chance in the shortest version of the game. But what mustn’t be underrated is that the wily customer of spin is only 28 and seems to have a long career ahead.

That’s provided he yearns for success and keeps ticking up the wickets column.

The way he has impressed up until now picking up twenty wickets from a mere sixteen matches at an astonishing average of 16.30 could be regarded as a fine start without a trace of doubt.

But a good start, though, is only a half the job done; a number of players have withered away after making impressive starts to their careers. Usman Qadir knows this and being a cricketer in the subcontinent, it is more difficult to carry the enormous burden of expectations.

The wickets may turn, you cannot turn away with average performances.

However, Pakistan’s recent record of leg spin has been a great one. In the 1980s’ Abdul Qadir was there. Then, in the 1990s’ Mushtaq Ahmed carried the baton. Then came in the early part of this century- Danish Kaneria, who spearhead of the attack and then, in the 2010’s, arrived their most favourite and favoured spinner, Yasir Shah.

It won’t be wrong to call the man behind one of the most astonishingly beautiful return catches- remember Darren Bravo against the pink-ball in the UAE, 2016- as a flag-bearer of leg spin for a Cricket-obsessed nation. Usman Qadir, though, knows he must work very hard especially with some of the quality spinners already in the team. His First-Class record is an average one with 13 wickets in 11 matches at 51.13.

It was a primary reason as to why he was selected in the white-ball format. With three World Cups in the next three years (2021 and 2022 T20 World Cup and in 2023: 50-over format) he has a massive chance to become a part of the Pakistan team, which is trying to find the right formula in white-ball cricket. As of now, he is learning the tricks of the trade and enjoying the game; and must we not forget, making the batsmen work extremely hard to get their runs. 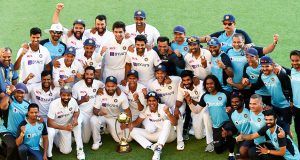 Can The Process Followed By India Toward Absorbing New Players Serve...