Not a side anyone takes casually. Not a team one is almost convinced of hammering the moment a side steps into the field. The Indian women’s team is a collection of closely-knit individuals hailing from different walks of life who’ve come together to overcome personal odds and challenges to make it count for India. And at times, in what is an inspired and passionate journey, one stumbles upon interesting challenges, which was true for Harmanpreet Kaur’s side in 2021.

This was a team that had mixed outcomes and limited match time post the pandemic rebound.  India lost many close matches against the Proteas and Australia this year, but there still are many reasons for those setbacks which beckon close attention.

Yet, it’s important to know 2021 was a year of redemption for the India women’s team. The pandemic has done more damage to this Indian team. The revelation and the changes post their successful finish till the finals in the 2017 Women’s world cup was wiped-out as India returned to play in the International circuit nearly after a year. The self-imposed break from the game did change India’s competency, form and fitness.

This also showed the ineffectiveness of the most-powerful board (BCCI) in the world to conduct matches for this women’s team. But on the other hand the Men’s team had their post-pandemic rebound from September as IPL spearheaded the cricket’s comeback to Indian players even though it took place in UAE.

BCCI did manage to organise a T20 challenge as part of IPL. 4 matches were played between the three teams and the break continued for the women’s team until the home series against South Africa. The strong bowling unit faced the wrath throughout this break by being out of action for the longest time ever in their entire career.

Batters had their fare share of worries like coming back to form in a short span and it’s still evolving as a unit. Experienced campaigners found it hard to get back to form and some were also rested like Shikha Pandey during the series against South Africa. This led to the young bowlers having no direction to follow suit. In March 2021, India missed out to restrict South Africa in the final two ODI’s as the Proteas team had different player stepping up when it was most need. India had to overcome a complete team effort by the visitors. India found it difficult to prevent them from sealing their dual series win against India nearly after a decade. This series was both challenging and the biggest learning curve for this team to start its rebound.

This year witnessed two Test matches played, these were organised after a gap of 7 years. It was a magnificent display of cricket by India , the team showcased resistance, skill and application. India was on a brink of a crushing defeat in the hands of England, but two unknown and unfamiliar debutants namely Sneh Rana and Taniya Bhatia stepped up to save the match. Their 100-run partnership was reassuring that India has the capacity to exhibit its depth and balance in its batting setup. In the one-off test against Australia, India was completely dominant throughout the 4-day match. Bowlers were the game-changers and toppled the bating unit of the Aussies in almost both the innings. Jhulan Goswami wrecked havoc as the top-ranked team struggled to resist fiery pace and swing of the Indian pacers.

India is currently heavily relying on the new opening pair of Smriti Mandhana and Shafali Verma. Shafali broke into the ODI circuit after her successful T20 triumph against the Proteas. The terrific opening duo smashed 873 runs at an average of 40.79 runs with one 100-run and six 50-run partnerships this year. Shafali has become the top ranked T20 player in the world post the T20 series against the Proteas women in March 2021. Now she stands at second spot in the T20I rankings.

But here’s something that would not have made the India women’s team any proud. The T20 captain faced sharp criticism with regards to form and captaincy. Her form dipped especially since the England tour and injury marred much of the year for Harmanpreet. This led to Smriti taking over reigns of captaincy in her absence for the T20 leg of the tour of England.

India women’s team’s middle-order conundrum has new alternative solutions to address its unstable and fragile batting-order. Yastikha Bhatia, who made her debut against the Aussies, showed her grit with consistent outing in the ODI’s with a high score of 64. She is capable of scoring quick runs in the middle overs and this will ease some pressure of Mithali Raj. India now has different players to finish matches like Sneh Rana who had an memorable outing in the third ODI against Australia. As pressure was mounting in the Indian camp, she struck three crucial boundaries of the Tahlia McGrath over to hand India its memorable win. This win also broke Australia unbeaten winning streak of 26 0DI matches.

Smriti Mandhana emerged the top run scorer of 851-runs across all the formats this year for India, while Jhulan Gowswami topped the tally for most wickets despite the fact that she plays only the longest format in the International circuit(ODI, Tests). Fielding is an area where India needs to improve to keep their future aspiration for the World cup alive. Its fielding costed an entire match. For instance, the sloppy fielding in the cost the second match of the ODI leg of the Australian tour Indian players put down catches of Tahlia McGrath, Beth Mooney who went on to score a match saving knock of 74-runs and match-winning century respectively. The fielding is not sharp and inexperience showed when the run-out chances were not capitalised properly in this series.

India won only three of their eleven ODIs played this year and lost all the three series in this format. Clearly, if there was a reason for concern then this was it.

India’s win record is 27.27% this year in the 50-over format. India’s lack of match practice was seen evidently but it also showed that they didn’t make the complete use of opportunities provided to them. The pacers have performed well so far, but the spinners have to bounce back to the winning ways.

India’s pay disparity between the players of both genders is a wide gap. When seen in the financial terms, at an average the top paid male cricket earned 14 times that of the women’s cricketers of the same grade. This is an issue that BCCI often links to the revenue generated. But If there is an commitment made by the board to develop the women’s game, it has to begin with financial right to the player. Let alone the International players, the domestic players are in huge need to look out for other sources of employment to fund their own survival in the game. Unless there are more investments made into the women’s game as a long term measures, even sustainability seems to be difficult for them.

WIPL is a long pending demand of players from all quarters of the game. This could become an revenue model for the women’s game if BCCI has the will to start one on the lines of IPL. India is a pioneer when it comes to organising a full-fledge T20 league. But their restraint in addressing such demand is doing more damage to women’s cricket in India.

Overall, India Women’s team erected what did seem on occasions, a tenable structure when they competed with good teams like South Africa, England and Australia. This was evident from aspects like the team balance and the placement of attacking batters alongside the cautious ones. A mark of progressive stance, which India women’s team would hope to carry forward.

Though, there are also areas that demand immediate attention. India is in immediate need of a solid domestic season. The presence of talent is an redoubtable scenario. But to make it a well-oiled machine is what counts.

Moreover, as India march onto the year of the World Cup year (2022), the team should be well organised and highly competitive to face the best around. Herein lies the key with the board’s commitment and the players’ intent. 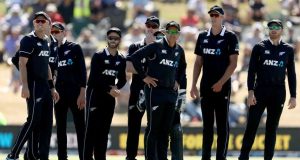 Babasish Nanda - October 24, 2021
0
The Twenty-over format is cricket’s definition of a dogfight. Consisting of powerplays, free-hits and other fancy terms, it...