The evolution of cricket as a sport throughout the years has made giant leaps. Not just in the way the game is played but also in how things unrelated to the core task of scoring runs and taking wickets have gained surging importance. From social media managers, team physiotherapist to coaches, the modern day game refuses to cut anyone any slack.

Who would’ve known coaches in cricket would make trenchant headlines akin to football, say 20 years ago? Not many for sure. It’s like the latter has quite elusively passed the baton to the former while clinging to its own. With stars like Gary Kirsten, Ravi Shastri, Ricky Ponting and many more reprising the roles of their teams puller of strings, more and more spotlights have followed.

The latest of the lot to have made scathing news headlines across the cricketing world is former Australia head coach Justin Langer. The Aussie legend who managed the Australian men’s side from 2018 following the sandpaper scandal sent polarizing shockwaves after handing in his resignation amidst reports of a dressing room revolt.

The news came as a bolt from the blue for most of the fans as the resignation came in midst of one of Australian cricket’s most longed heydays. One that seemed like a distant dream to most following the Newlands meltdown 4 years ago, a point that inarguably was the lowest ebb in Australian cricket history. Justin Langer picked up the pieces from the rubbles and mastered an A-1 climb back to the top.

That isn’t to say JL’s journey was fluent all throughout.  In the first press conference he faced, Langer kept no secret of his recipe to recovery –  ​​”We look to encourage great cricketers but also great Australians and great citizens. I think one of the things that’s really important is that we keep looking to earn respect”

June, 2018 saw the Langer era officially kick off with a limited overs tour to England where Australia were bamboozled 5-0 in the ODIs and also beaten in the one-off T20I. Three months later, the Aussies were off to the UAE for a two match test series. The side put on a remarkable statement as Usman Khawaja and new captain Tim Paine inspired a superb draw in Dubai. However, things quickly went south again as they succumbed to a 373 run loss in the second test.

The summer wasn’t at all anything like a typical Aussie summer where dominance is usually the term that sits next to the home side. A full strength India outclassed an under strength Australian side to earn themselves a historic first ever series win down under. With a world cup beckoning around the corner, it was all hands on heads for the Aussies. But fate finally started to smile on them as they managed an unlikely whitewash of Pakistan in UAE and ended with a top 4 finish in the 2019 World Cup. But perhaps the biggest highlight of JL’s coaching career came in 2019 as his side managed to retain the urn on English soil for the first time in 18 years. He backed that up with a dominant home summer display against Pakistan and New Zealand.

But the questions on Langer’s coaching credentials came back to life again after Australia succumbed to yet another test series loss at home against an almost second string India. Things transgressed from bad to worse as his side put on a dismal show against the West Indies and Bangladesh with returns of 2-8 in 10 T20Is on the road to the T20 world cup. But much like how JL had the inherent ability to thrive when his back was against the wall back in his playing days, he pull out a similar blinder, delivering the nation its first T20 World Cup and following it up with a 4-0 Ashes drubbing of England and the subsequent ascent to the world’s number one Test side.

To even think that Justin Langer would resign after such an insurgent turnaround was beyond most people’s wildest of dreams. The resignation came out of disappointment as Cricket Australia offered him a contract extension of mere 6 months. The disappointment was fully justified as it wasn’t hard to interpret CA’s reluctance to keep him in the job.

Circulating reports as well as players’ statements have made it clear that Justin Langer lost the dressing room, citing his methods as intense and too old school. The fierceness of focus and single-mindedness apparently did not sit well for everybody and became a liability that senior players in the national team could no longer tolerate.

The Australian players have voiced their demands over more of a collaborative group of coaches that complement one another. They also prefer a becalmed environment to one that is hyper-focused at all times and at all costs.

Does that enunciate that Justin Langer’s methods were flawed? Absolutely not. It is because of his fierceness and stringent adherence to intense principles that the Australian side is where it is today. Great organisations are built on strong and sound leadership. Langer was a strong leader through and through and he has every right to he will feel let down after all that he has done for Australian cricket.

He managed Steven Smith and David Warner back into the fold through strong, consistent but caring communication. He made sure the players were accountable for their actions and behaviours and since a very long time in Australian cricket one could say with their eyes closed that the standards within the team have rarely been higher. You can have all the collaborative approach in the world you want but there is no scope to deny the need for that one strong voice is in order to control the message and maintain accountability.

That being said, the players have got their ways with their demands albeit burning the bridges with the man that found them on a sinking ship and guided them shores amidst the darkest of storms. The ball is now in their courts and only time will tell how they fare up. 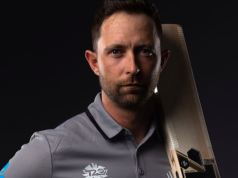