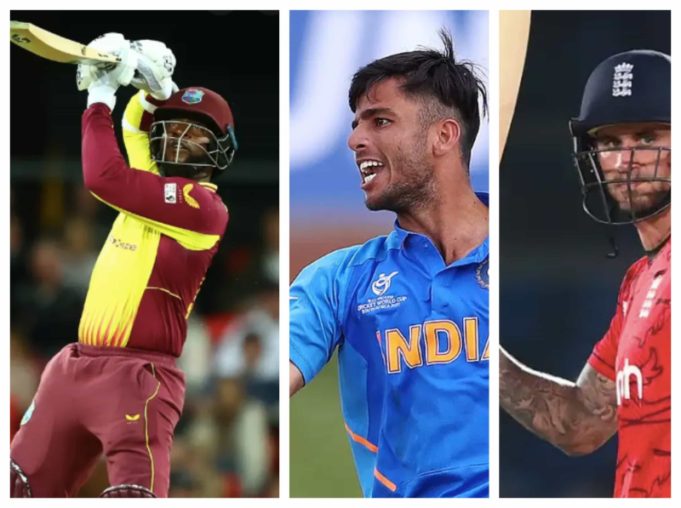 Often times we are so caught up in the big match players and the decorated stars that we miss out on the understated ones.

It’s been the story all along.

Every World Cup throws up plenty of surprises, be it The Netherlands defeating England in 2009 or be it Ireland defeating Pakistan in 2007 in the West Indies; these matches have been jaw dropping. Take for instance, the Scotts trumping the Windies. Yet, there are always those who go unnoticed despite playing a useful hand helping a team snatch victory from the jaws of defeat. Which names in the ongoing 2022 T20 World Cup are likely to do the same and surprise us?

Let’s have a look at the South African; Tristan Stubbs, the 22 year old has got brilliant hitting skills, plays the inside out shot and slog sweeps in the mid-wicket region really well.

He has got a good strike rate in the first-class circuit and can boost the scoring rate with his aggressive playing style.

The Proteas have got a young middle order batter in the form of Stubbs. It will now be up to them how they make him count. It will be a great opportunity for Stubbs as well to cement his place in the team.

Kyle Mayers from the Caribbean island of Barbados is another name who could thrive in the tournament. Having already played for U-19 Windies side, he was always in the contention for the national side and with a game already under his belt in the 2022 T20 World Cup, Mayers hasn’t taken much time to impress: his quickfire 20 run knock at the top of the order gave his team a flying start albeit it didn’t count for much.

The left handed batter has already shown his spark in other formats along with T20s for the Windies. We have witnessed his power against seam bowling in the CPL.

Although spin is a bit of challenge for him we can see him go big against some pace. Mayers bowls some medium pace which can benefit the team during the middle overs of the innings. He scored a double hundred on his test debut making him part of an elite list. All eyes will on Mayers on what he can do for the Windies.

Alex Hales needs no introduction whatsoever; the English opener, finally making a comeback to the side will be an interesting player to see as fans already know what he is capable of.

If he gets going there is no one who can put a break to his batting, his wide range of shots allows him to score all around the park. Hales a tall guy so fast wickets and bounce are only going the benefit him considering he is a good player of pace. He can regain his spot in the English side.

Let’s have a look at some sub-continent players now, first up here is Najibullah Zadran the Afghani vice-captain, a solid middle order batsman who provides stability to the Afghan batting line-up. Zadran has the potential to play big innings, he is fairly experienced with playing over 80 T20I for his nation.

Has a brilliant strike rate of almost 143.

An interesting stat to focus is he has remained not out 25 times of 73 innings he has played in T20is. Zadran will be a player to look out for, he will have the responsibility to anchor the innings with his experience.

Next up is the Indian leggie Ravi Bishnoi who has seem to impress the selectors with his leg break bowling. The young talent was seen first during the 2020 U-19 world cup where he had attracted some eyes with his googlies further playing for 2 IPL franchises and making his T20I debut earlier this year, he has come a long way.

With a lot experienced bowlers already in the Indian camp Bishnoi might not be a big name but given a chance he can prove what he has got in his hat.

Surprising the opposition with his variations, will be interesting to see what he will display.

Naseem Shah, a speed gun from the Pakistani bowling unit will be a name to look out for. After impressing everyone across formats this speedster will be eyeing to do good in the this World cup as well. Shah already holds the record for the youngest bowler to take a 5-wicket haul in tests and youngest to take a hatrick as well, he can also become one of the youngest players to lift the World cup if Pakistan manages to do so.

With his fiery pace and bounce he can rattle up any batsman, it will be interesting to see how batsman answer the questions he will be asking them with the ball.

This young boy has the opportunity to show the world how far he can go.

Born in Johannesburg, Campher had already played for SA U-19 and most of his cricket in South Africa. This all rounder decided to leave his country and move to Ireland in 2020 to play for the Irish national side. It didn’t take him long to impress the selectors when Irish wolves toured Namibia and was soon thereafter, in the national side.

With his stroke play and fast-medium bowling Ireland have an all-rounder who can provide good support in both departments. He will be an important man for Ireland in this World cup.

Sikandar Raza, last in our list but definitely not the least; the Pakistan born Zimbabwe batting all-rounder who has been the key player for Zimbabwe since many years now, Raza has played crucial role in Zimbabwe’s famous victories since his arrival. He bats with a strike rate of 125 in T20is which can be still improved nevertheless he will be another player to look out for.

Zimbabwe will be largely depending on him in this World cup as they eye to upset some favourites.

These are few lesser known names we think can shine in the 2022 T20 World Cup, these players have been doing good for their sides but this time it’s a bigger stage, bigger stakes and margin for error is very less. All the fans of cricket will be having their eyes on them, a test for them how they perform under pressure only time can tell. 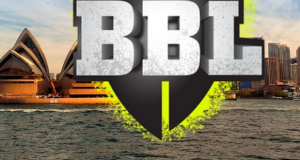 Is The BBL Facing An Identity Crisis? How Does It Get...

Navid Khan - August 23, 2022
0
Franchise T20 leagues dawned on cricket like a melting pot of entertainment and the game itself albeit in...