Before making it to the bigger stage, or the international level, a player hardly ever captures the fans’ attention. But how is it possible to avoid a guy who, in one of the top T20 tournaments, smacked 162 runs off just 57 deliveries? Maybe by this point, you all have figured out who is that young gun. Yes, it’s none other than Dewald Brevis!

The 19-year-old Proteas player is already famous by his nickname, Baby-AB. Dewald Brevis’ outstanding striking abilities have allowed him to succeed so much so quickly. And why not, given that he just scored 162 in a T20 game? All of us are anticipating the young Brevis’s international call-up.

The Proteas have done an amazing job of scouting these fresh talent; a few months ago, it was Tristan Stubbs, and now the public is looking forward to watching Dewald’s debut.

What accomplishments has the 19-year-old made so far?

Dewald, a Johannesburg native, served as the Proteas team’s driving force during the Under-19 World Cup in 2022. He was the lone wolf of South Arica and became the highest run scorer of the tournament with 506 runs in just 6 games.

In the IPL 2022 mega auction, the name of the big hitter was on the block. Everyone expected Baby AB to join Ab De Villiers in representing Royal Challengers Bangalore, but Mumbai Indians was eager to spend stunning 3 crores to sign him.

Even though he only had a few opportunities to perform as Mumbai Indians already had Kieron Pollard, he did not fail to express his hard-hitting. He scored 161 runs with a strike rate of 143 in the seven games that he played in the previous season. With Pollard not in the pool for IPL 2023, Brevis will have enough opportunity to bash the bowlers for massive sixes.

Brevis hit five sixes on his first six deliveries in the Caribbean Premier League 2022, and that too against international star Akeal Hossein. The 19-year-old doesn’t stop there; he can also bowl. In a 44 match brief career, he already has 15 wickets under his belt. Hoping that you guys would know that one of them is Virat Kohli.

Then came his most famous T20 innings, which was of 162 runs off just 57 deliveries. Brevis was wearing the Titans’ colours during the CSA T20 Challenge domestic T20 match. The right-hander smashed a total of 13 sixes and 13 fours. The third-highest score in a T20 game was recorded by the Pocket Dynamo in this innings.

What future holds for the youthful Dewald Brevis?

Now, there are the newcomers Tristan Stubbs and the one crowds are already coming in to see- Dewald Brevis. Make no mistake though; the right-hander who’s all of 19 is yet made his Proteas debut.

With Brevis being 19 only, he has a lot of time to play for the Proteas. Maybe Cricket South Africa have an eye on him for the T20 World Cup 2024.

He will play for the Mumbai Indians franchise, MI Cape Town, in the inaugural season of the South African T20 League in addition to being retained by them for the IPL 2023.

Baby-AB, it ought to be noted will play plenty of cricket before receiving his first contact from the CSA because T20 leagues are now ruling the cricket world. 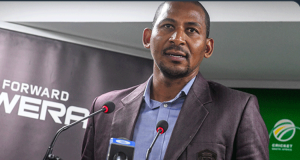 Pranay Rangra - October 22, 2020
0
South Africa, as we know, is a country with beautiful natural resources. You can talk about its scenic oceans, majestic mountains, wonderful wildlife sanctuaries...