In the battle between the preeminent force in Australia and a young, rising power that is India, there have been significant episodes where batting performances have guided both teams to a position of strength.

India and Australia’s rivalry, a special one in the context of the sport, is dated back to October 2008. It was 3-years after IWCC was merged with ICC.

India and Australia faced each other 11-times since the inception of the shortest format into the international arena including the World-Cup matches. Both teams have not faced each other yet in the finals of any tri-nation series or the T20 World-Cup, something one ought to remember.

Be it Leah Poulton or a relatively new entrant to World cricket Jemimah Rodrigues, many batswomen have razed down totals and paved their paths in establishing sheer dominance.

The last half a decade is one such period that’s bellied by some of the best T20 batting performances between India women and Australia women.

While the contemporary game has stars like Rodrigues, Perry, Healy among countless others, who starred in some fo the best T20 batting performances between India women and Australia women?

Meg Lanning is a legend of the game. She’s as inspiring as her impressive batting and excellent leadership qualities, facets that have lent significant credibility to the Australian line-up over the years.

Since her first encounter in the shortest format in 2012, Lanning has starred in a string of consistent performances, often making the most in tricky low scoring chases. However, in the 2018-triangular series in India, Lanning anchored her side in what aren’t the easiest of conditions to thrive in, the sub-continental pitches favoring the spinners. She propelled the Aussies to a decent total of 156 along with her deputy Rachael Haynes, in the opening game of the tri-series T20s (including England) at Mumbai after the Aussies lost Healy and Gardner inside the third over.

Her own contribution to the total was perhaps one of the most underrated efforts in T20 internationals featuring any Australian against India. The 35 off just 25 balls, featuring 4 boundaries and a six, the second-highest individual score post-Haynes’ 39, in an effort that proved enough for the visitors to thump the Indians at their own backyard.

A pioneer in the game stands at the top of the list by scoring the most number of runs- over 220 runs- against India, the most in the T20I format, thus far.

In the 5-match T20 series, that took place in 2012, in India, a time where there was no Mandhana, Rodrigues or Veda, Harman fired one of her finest T20 knocks.

In effect, this would emerge as one of the best T20 batting performances between India women and Australia women.

Her fighting 57 off 48 balls- at Vizag, during 1st T20, 2012- emerged a lone hand during India’s day of toil against an Australia powered by a Lisa Sthalekar-special.

Her gritty fifty, which came in a contest where the top three compiled just 16, would go in vain as she didn’t find help from her other teammates. India finished 30 shy of Australia’s 138.

In that series, India lost 4-1 to Australia. But Harman’s knock stood out as an example of fighting it out when the team seemed to have lost the fight.

Several years later, in a career where she’d gone from a strength to another, having been a batswoman earlier but a captain later, Harman showed her class at the 2018 Women’s World T20, as she struck Australia with a scorcher, scoring 43 off just 27.

It was a gusty inning that pushed India to a total of 167, while Mandhana had already powered a special fifty from up top.

Vishakhapatnam, 2012. Australia women are about to unleash against India. At least, that’s what one feels for the hosts have been bundled out for a paltry 111.

In the run-chase, we see one of the best T20 performances between India women and Australia women.

The Aussies have a premier middle-order batter in Jess Duffin, who emerges one of the most consistent performers against India.

It’s fireworks out there in the middle.

Her identical knocks of 67 and 68, the latter shining in Vizag, clubs India to all parts of the ground.

Oh, how still one remembers that 2012 one-sided contest, isn’t it?

It was thanks to the batting exploits of the 30-year-old Victorian that the Aussies enjoyed the upper-hand over an India powered by Mithali Raj, Anjum Chopra, and Harmanpreet Kaur.

But while her knock in the maiden contest pushed Australia to a decent total of 138, the 2nd contest would see her enable her team to simply make light work of India’s 111.

From the 2 T20s, one still recollects the powerful batting that yielded,17 4’s and 6’s in the two matches.

But here’s why this feat stands out. Jess Duffin is the first batswoman to have two 50’s to her name in Ind vs Australia encounters.

And therefore, her consistency has resulted in some of the best T20 batting performances between India women and Australia women.

No ground is big when Mandhana gets going.

India’s star opening batter Smriti Mandhana has always been in formidable form against the 4-time champions. It is her ability to pull India to competitive totals that make her a unique game-changer against one of the strongest sides in world cricket.

And it was against the giant-killers in the women’s game where Mandhana shone brightly just a couple of seasons back, resulting in one of the best T20 performances between India women and Australia women.

It was Mandhana’s special batting effort that came in one of the sport’s biggest stages- the World Cup T20, 2018- that guided India to their first-ever win against Australia in the format in the world cup.

The 83-off-55, a knock that featured 9 fours and 3 sixes guided India to 167, a hefty total by all standards in the format. Severe to anything bowled in her zone and unsparing to the spinners, it was an inning that made it a forgettable outing for Molineux, who went for over 11 an over from her entire quota. Kimmince and Schutt weren’t at their very best either.

Later, in the tri-series, her swash-buckling knock of 67 went in vain went Australia razed down India’s total of 152 in the series opener with efforts by Mooney, Villani, and Lanning.

But while the batswomen have had their say in making the India and Australia contests something special, the bowlers haven’t ever lagged behind.

Be it, Jhulan Goswami, who, thanks to the first-ever fifer in the bilateral series that rattled Australia or Sarah Coyte’s master-class of snipping 4-wickets in the 2011 quadrangular series, that handed India one of its heaviest defeats, bowlers have had a lot of say in some of the best T20 performances between India women and Australia women.

*note- the numbers and stats include the period prior to the start of the Women’s tri-series, 2020. 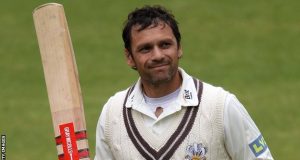 Mark Ramprakash: An Attempt At Understanding A Stylish English Puzzle