Perhaps it’s only fair to say that not an awful lot is reserved for Zimbabwe- given the share of its talents and the turbulence amid which its cricket has been steered over the past few decades- particularly when one’s commonly consumed by the fanfare surrounding Australia or an India.

But at the heart of its cricketing culture rests the tale of how some persisted, albeit with existential challenges and common everyday plight to chart their own destinies.

Zimbabwe, known as Rhodesia previously was one of the most beautiful and prosperous countries in Africa until the turn of this century. Under the able rule of the British, with Ian Smith being at the helm till 1980, the Rhodesian Dollar was valued the same as the US Dollar at the time. A geographical and economic paradise, the bread basket of Africa, the largest exporter of corn and tobacco in the continent, Rhodesia was like a fairy tale. Yes, that was true. In April 1980, however, Rhodesia was named Zimbabwe with the Black Zanu PF Party coming in power and Robert Mugabe taking over the reins.

With a flourishing economy, cricket was no different in the 80s and 90s. Perhaps to our T20-obsessing psyche, it may not occur but Zimbabwe was the only African country to contest the 1983 and 1987 Cricket World Cup. South Africa, at the time, reeled in apartheid (an evil which isolated them from the rest of the world, but evil as big as what they have now with the ANC at the helm, well who am I to judge).

Anyway, in the 1980s, Zimbabwe had some very fine players the likes of Duncan Fletcher (later became the coach of England and India), Dave Houghton, Andy Pycroft, Kevin Curran (father of Sam and Tom Curran who currently play for England) to name a few.

These were admirable men who believed in contesting with the right spirit, undeterred as they rubbed shoulders with some of the very best in their generation. Harare, known as Salisbury under the British Rule, and Bulawayo formed the prominent cricketing hubs in Zimbabwe.

Coming to the 1990s a new bread of exciting young talent came to the fore, the Flower Brothers (Andy the best African South Paw to grace the game and Grant), Eddo Brandes (the chicken farmer and a fast bowler), Heath Streak (all-rounder par excellence), Guy Whittal (the gritty all-rounder), Alistair Campbell (an able leader), Neil Johnson (the ever-dependable all in one cricketer) and Murray Goodwin (wow what a bat) to name a few. These able gentlemen did wonders for Zimbabwe in the 1999 World Cup in England, where they beat the steady Indians and the mightily favored South Africans. Believe me, looking at Zimbabwe play in that tournament was a sheer treat.

Now digressing a little, Robert Mugabe for almost 20 years carefully studied the economy and boom with the advent of the millennium, he exerted his power and showed his true colors by taking away land from the white farmers and nationalizing everything. The dictatorship was in his blood and to finally become one, he figured the white population was his biggest enemy as they controlled the economy through farming. So, the farm seizures were rampant, the economy shrunk and inflation surged almost to 250%.

That’s not all, the whites weren’t only thrown out of their farms, in the bargain they were also brutally murdered. How could cricket be spared amid all this?

Come the 2003 World Cup and two Zimbabwe players, Andy Flower (a white) and Henry Olonga (a black) wore black armbands to protest against Robert Mugabe and the death of democracy.

At a time where the act of sledging formed an essential highlight of a contest or at best, a wild cricketing celebration, such a stance was forward-looking and progressive, a mighty departure from the thinking that one would helplessly succumb to tyranny.

Sparkling and telling are those rare moments wherein athletes- in midst of a contest- carry an opinion that may matter so much to a few but so little to the larger lot.

Mugabe’s actions were not only affecting the white population but also the majority black population as there were no jobs with the biggest sector farming being killed and as a result, the common man could not bring food on the table. Obviously, the Zimbabwe Cricket Board gave 2 hoots about the protest as they were Mugabe’s cadres and as a result Flower retired and Olonga went in exile.

In 2004, the Zimbabwe Cricket Board started asking for aggressive transformation in the national team to make it more demographically representative of the country and as a result, the team­­ was not selected on merit. Heath Streak, the then captain of Zimbabwe challenged this ruling and led a 15-man strike (all whites) which was at the time the core of the team. The strike went unheard and they were all expelled. Cricket was in the ruins and an inexperienced all-black team lead by Tatendra Taibu who had played only a handful of matches was what Zimbabwe came to be.

As time progressed, with almost zero infusion of funds from the board and only a few ICC grants things went further pear-shaped for cricket with a handful of hurrah moments. The win against Australia in the 2007 T20 World Cup thanks to the heroics of Brendan Taylor, the series win over Sri Lanka in 2017 mainly attributed to Graeme Creamer, Sikandar Raza, Hamilton Masakadza and Sean Williams were some of the bright spots.

In 2018, Zimbabwe failed to win the 2019 World Cup qualifying tournament which was held in their own backyard, and as a result in over 30 years for the first time they didn’t contest an ODI Cricket World Cup.

Then, a little over a quarter later, to be suspended by the ICC- for too much political interference in the way the sport was run and managed in the country- Zimbabwe truly would’ve felt having gone beyond the edge.

You know that thing called the point of no return? And then, from having being stripped of their ICC status to being readmitted into the sport shows this is a cricketing bastion that’s journeyed to hell and back.

As it stands, Zimbabwe has a new leader Emmerson Mnangagwa after Mugabe was ousted through a military coup in late 2017, but things have gone worst with inflation now at 540%, no food, high crime, no jobs and rampant spread of disease. The onset of COVID is adding fuel to the fire.

Well to end this piece, the four-letter word HOPE is a distant dream for things to improve.

Also, did I mention with the currency as it stands, toilet paper is more valuable? 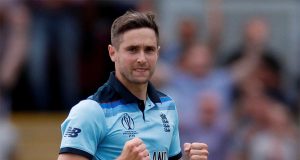 The Art Of Making It Count Quietly Yet Meaningfully: The Chris...

Abhinav Bose - April 25, 2020
0
The vivid imagery of England has always had something special for the fan. Then whether we speak about the holy experience of witnessing a live...