A WhatsApp message last afternoon said Dean Jones had died from a heart stroke in a Mumbai hotel. I didn’t want to believe it. I had seen the man commenting merrily on an IPL match on Star Sports the previous night, and at 59, he was just a year older than me.

I checked on the internet and realized that cricket had just lost another legend. The images of the famous tied Test match at the MA Chidambaram Stadium, Chennai immediately sprang to mind.

A lanky Aussie called Dean Jones strode up to the wicket on the first morning to give David Boon company. Australia, under Allan Border, was a side trying to shrug off the damage caused by the Kerry Packer Circus. India, having won the World Cup by defeating the mighty West Indies, was a side rediscovering itself.

With India having home advantage, the tour was seen as an even contest and most Indian fans expected India to take a lead in the first Test. The pitch was expected to take a turn as the game progressed. Playing for five days in the sultry Chennai conditions was going to be more difficult for the Australians than for the Indians.

But nobody had asked Dean Jones, batting in only his third test match, what he made of it. The young man batted for the next 7 hours and 22 minutes taking Australia from 48 to 460 for 3 before Shivlal Yadav bowled him. Throughout the second part of his brave inning, he was struggling with dehydration to the extent that he vomited on the pitch.

He was rushed to a hospital after his inning where he was administered drip because of dehydration. The match ended as only the second tied Test in cricket history and ‘Professor Deano’, who had announced his arrival on the Test cricket scene, was adjudged the man of the match. For the next 8 years, Dean Jones was the mainstay of the Australian middle order.

He represented Australia in 52 Tests and 164 ODIs scoring 9,699 international runs. He helped Australia win the 1987 World cup and two Ashes series. But more than all these achievements it was his approach to cricket that left a mark on the cricketing world.

Aggressive by nature, he used his nimble footwork to counter both pace and spin. His running between the wickets put pressure on the best fielders in the world. He could just push the ball into a gap and, for the trouble, take two runs before the fielder realized it. His batting was unhurried but busy though he could hit the ball many a mile when in a mind to.

A sharp fielder, he introduced the cricketing world to cricket as it is being played now. It was impossible to keep Dean Jones away from cricket action even after his retirement from international cricket. First, as a coach and later as a commentator, he was always involved with the game. He was a lode of cricketing wisdom and freely disbursed to any query or a willing ear.

Dean Jones was fond of India and Indian cricket. During the time that he spent in the subcontinent, he mustered passable Hindi. Indian fans will miss his refined commentary. Would be tough to imagine the IPL dugout without him honestly. In his passing, the cricketing world has lost a great cricketer, the likes of which arrive only once in a generation. 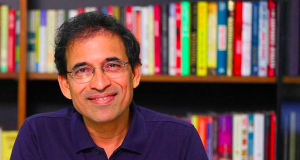