During the second game of the five-match T20I series between England and West Indies, the hosts were reduced to 96 for 6 inside 15 overs. The stage was set for West Indies to restrict the opponents to a below-par total and finally open their account in the series having gone 1-0 down in the opener.

But, a 21-year-old had other plans. Her name? Sarah Glenn- the force that by dazzling spin talent denied Windies what they’d have most liked.

Sarah Glenn came to bat and welcomed West Indies’ experienced Afy Fletcher with a boundary towards the long-off area. Next in the queue was Shakera Selman. Glenn smashed two successive fours – first one towards the backward square leg and the next one to the deep point fence.

As a Windies fan hoping for the situation to slip out of England’s hands, you wondered what was going on?

Meanwhile, the penultimate over started with a boundary towards deep backward point.

“Batting might have been a case of just one of those special days,” one might have reckoned for Glenn’s real strength is creating magic with the white-ball. Well, punching the Windies well with the bat, it was now her turn to shine with the ball.

Sarah Glenn came into bowl in the 12th over, but conceded only 5 runs and trapped Deandra Dottin before the stumps for 38. There are important blows. There are big blows. You know where to place someone like Dottin’s dismissal – right?

Next, Glenn returned in the 14th over, only to give away 4 runs, providing yet another breakthrough, this time the biggest of them all- dismissing Stafanie Taylor for 28.

A bowler who was playing just her 12th game stood up with the bat. A surprise to many- isn’t it?

Well, this was just the beginning.

The third game was no different either as Sarah Glenn hit the Windies with familiar economy registering figures of 4-0-18-2, an effort that helped England win by 20 runs.

That’s a comfortable margin in the shortest form of the game, one where West Indies have been more recent world champions of the two sides.

Anyone thinking whether the Sarah Glenn show was done was mistaken as, in the fourth game, Windies Women failed to bounce back, running once again into Sarah Glenn, who by this time had arisen as the usual tormentor of Taylor’s clueless side.

She broke a key partnership and removed two vital players – Matthews for 11 and captain Taylor herself for 13.

Her 7 wickets from 5 matches came at an average of 12 that earned her the ‘Player of the Series’ award as well.

However, even this wasn’t the end of how brilliant the Derby-born spinner was.

She became the NatWest PCA Women’s Player of the Year right after England’s 5-0 series win. A player who used to be a batter in her early years and bowled seam – turned to leg-spin and boy, what a big decision this has been, regardless to say a mighty effective one for Heather Knight and team.

But at the heart of the Sarah Glenn story isn’t just sorcery with the white-ball, the likes of which bamboozled Windies women.

Her brother helped her understand what leg-spin is while she found it quite exciting as well as challenging.

“It’s still a bit of a shock. I don’t think it happens that often that you make your debut and things change so quickly,” Glenn told ESPNCricinfo.

“I knew I wanted to be in the England side one day but I didn’t know if I was going to or how long it was going to take. So for everything to have moved so quickly and to get this, I’m just going to really enjoy the moment,” she further added.

The youngster who didn’t even think of her debut a year ago has impressed everyone, including former England captain Charlotte Edwards. The legendary English captain expressed delight seeing the leggie perform on the pitch, telling ESPNcricinfo, “With Sarah Glenn, you’ve got unbelievable talent, she has just taken to international cricket like a duck to water really.”

Having made her international debut against Pakistan in Kuala Lumpur last year, Glenn grabbed eyeballs during the tri-series involving Australia and India just before the ICC T20 World Cup. Here, she removed Ellyse Perry, Rachael Haynes, Beth Mooney, and Meg Lanning among other scalps.

Not bad for an up and coming spinner one would say.

From idolizing the ‘king of spin’ Shane Warne to following Jenny Gunn and Katherine Brunt (timeless legends for England women) Sarah Glenn has come a long way, registered her best spell so far within a few months of making her debut during the ICC T20 World Cup.

It was the elite stage where she claimed a 3 for 15 against Pakistan, dismissing Javeria Khan, Iram Javed, and Umaima Sohail.

While averaging 11.62 in 50-over cricket and 12.63 in the T20Is, the young leg-break figure she has become a part of England’s formidable spin attack involving Sophie Ecclestone and Mady Villiers. Ecclestone’s slow left-armers and Villiers’ off-spin can trouble any team in the world, once you add Sarah Glenn’s turn and guile.

That being said, it wasn’t really a surprise when Sarah Glenn earned a contract in the Women’s Big Bash League.

It was a prize she earned owing to her all-round performances. Glenn has seen a rapid rise in her career over the past 12 months and needless to say, hopes are high that she will replicate her performance in the WBBL as well, where she will play for Perth Scorchers. 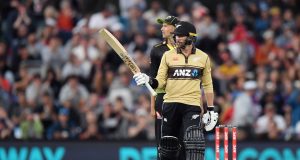