South Africa, as we know, is a country with beautiful natural resources. You can talk about its scenic oceans, majestic mountains, wonderful wildlife sanctuaries thronged by countless tourists, and the spectacular vineyards.

That said, a beauty as wonderful as the natural landscapes are South Africa’s people.

They are good-natured, god-fearing, and humble folk who unfortunately find themselves in a cage controlled by conniving politicians hell-bent on creating a divide, spreading hate, and instilling fear.

Well, unfortunately, there are very few occasions when the people can come together and celebrate being South African amid this desert of decline.

The last time that I remember when Mzansi (South Africa) stood as one was the Springbok Rugby World Cup triumph last year.

The COVID pandemic has also hampered countries around the world with South Africa being one of them.

Much like the economies, sports worldwide has also had to bear the brunt of this pandemic.

As the great Madiba said ‘Sport has the power to unite in a way like little else does’ and that’s exactly what every South African can look forward to keeping their inhibitions behind when England comes to the Southern African shores in mid-November after having received the green signal from the South African Government.

Yes, cricket is back after an agonizing gap of almost nine months and the Proteas can now look forward to on-field battles rather than off-field controversies when they lock horns with the Pommies in 3 T20s and 3 ODIs.

One person responsible to put the best Proteas outfit on the field to challenge and possibly dominate the English would be the new selection chief, Victor Mpitsang who replaces the incumbent Linda Zondi.

A domestic stalwart and a person with a sharp cricketing acumen, Victor a veteran of more than 100 domestic games and 2 international call-ups, am sure will put cricket first amid everything else and will always select a Proteas team which is strongest in cricketing terms devoid of any outside interference.

Victor in a statement said ‘For the last eight years since my retirement, I have consciously looked to learn as much as I can about this game and I have put in many hours gaining that knowledge and experience. I’m really looking forward to this next chapter and all that it brings’

Credit must also be given to the ex-Protea captain and Director of Cricket Graeme Smith for making this able appointment that completes a strong on-field structure with head coach Mark Boucher, assistant coach Enoch Nkwe, Charl Langeveldt, and Justin Ontong as their support staff, Hilton Moreeng reappointed as national women’s coach, Neil McKenzie in charge of all batting structures, Malibongwe Maketa given the reins at the national academy, and Shukri Conrad named Under-19 coach.

Truth be told, from a sheer cricketing perspective South Africa is now back on track albeit administrative issues that still need resolution with CSA, SASCOC, and now Minister of Sport Nathi Mthethwa all at loggerheads.

Having said this, now every Protea fan including me can finally look forward to some cricket keeping all off-field politics aside when England start the Protea tour amid a bio bubble in Capetown and the beautiful vineyard town of Paarl on November 27 when the First T20 is scheduled.

This would be followed by two more T20s and three ODIs as per the itinerary.

From a fan perspective this is so awesome but what’s even more encouraging is the Protea players now have certainty from a playing perspective albeit only a start.

What’s more, the domestic season also gets underway from 2nd November with the 4-day challenge.

Cricket finally takes precedence as it always should with politics finally stepping away.

For now, let’s welcome the English in a not so friendly manner on the field! 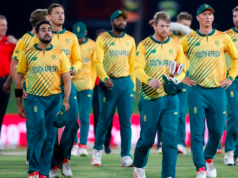 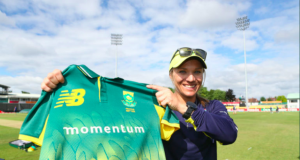 Dev Tyagi - June 13, 2020
0
Perhaps 2020 can be read in different ways. Right now things are dull, uninspiring. It’s like seeing an endless movie about an explorer on a voyage...