Cricket world’s most affluent board, the venerable BCCI, stands on the verge of finishing a blockbuster season of the Indian Premier League in UAE. But as one premier tournament is all but over, there’s another much-talked-about contest that went live. This is one that stands the power to change the dynamics of Women’s T20 cricket.

The latest in the BCCI offing of cricketing excitement is the mega event- Women’s T20 Challenge, also popularly known as the Women’s IPL.

The same started from this last Wednesday, i.e., November 4, 2020 and features three powerful line-ups that promise matchless excitement in a format where one’s often on the edge of the seat, not on it: Supernovas, Trailblazers and Velocity.

Now all three are contesting in a round robin format.

As a matter of fact, the Women’s T20 Challenge is the second-biggest women’s T20 league in the world following the popular Rebel Women’s Bigh Bash League, or as its commonly known- WBBL.

Moreover, that the one-of-a-kind T20 contest for the women’s game has the power to change the narrative altogether can be drawn from the fact that the league has a recent but promising history.

The Women’s T20 challenge was first introduced by the BCCI in 2018. Then, it was just a one-match gig where, the Supernovas at the Wankhede Stadium outclassed the Trailblazers.

But things were to change and for the better, one would note in the season that followed. So how was that?

In the next edition, the BCCI introduced another team in the league to spice up things. It was a four match and six days long tournament played at Sawai Mansingh Stadium. The format of the tournament was round robin where all the three won one game each. But, even then the Trailblazers were knocked out after calculating every team’s net run-rate. The Supernovas once again finished the tournament on a winning note. The only difference was the runners-up were different.

This season is going to be a path breaker as more talents conform to the format that’s giving cricket a new dimension. Add to it the fact that some of the finest names in the women’s game are back again.

After the heartbreaking long pause in pandemic-marred 2020, in a format known for edge of your seat entertainment and moreover, at a destination one (probably) would not have likened women’s cricket to, say a decade or a half back.

But then, never say never in life- right? 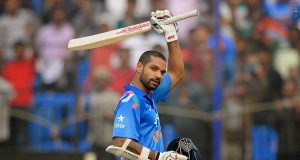