It’s not often that you see a person from one country, playing as a local in another country’s league.

Surely, the Kolpak is an exception where one can qualify as a local to play in the United Kingdom, though with Brexit almost into effect, this pretty much is a thing of the past.

Likewise, it’s not often one sees a bowler at a towering frame of 6’5 being as gentle as they come. Gentle when one may so easily have chosen the path down the arrogance road, having numbers that generate sheer awe:

497 international wickets. A tally that does not include T20 scalps.

But you can be whoever you chose to be but to be the South African giraffe Morne Morkel is a rarity, won’t you think?

For the better part of his life he played in the shadow of the great Dale Steyn. He was, lest it is forgotten, the bedrock of Protean with inexhaustible wicket-taking capacity even in days where Styen’s gun went banal (think injuries), playing the admiral to the mighty troopers in the Big Vern.

But with his Surrey days behind him, the simpleton, who you’d liken to a mighty bowling machine isn’t done yet. Not even after bowling no fewer than 23,210 deliveries in international cricket (nearly 16,500 in Tests alone) in a twelve year stint.

On the contrary, here’s Morne Morkel- with his mild mannerisms, so well spoken of in cricketing circles, that there is more chance of China becoming a democracy than him instigating an opponent- in a new avatar.

He shall now carry that uncompromising penchant to excel with the ball to Brisbane, albeit playing as a local (Aussie) in the tenth season of the famous Big Bash League.

Only fair to say that the man mountain capable of oozing fire shall now offer Heat to Brisbane, having gained his Australian residency this year.

Morkel, had moved to Australia in 2018 after retiring from the international game and has been living in Sydney since with his wife Roz Kelly, an Australian sport broadcaster and their two children.

A delighted Brisbane Heat coach Darren Lehman said “Morkel, now 36, is on the comeback trail from ankle surgery after he stepped on a stray cricket ball during his short stint with Surrey earlier this year.

He has taken more than 200 wickets in 184 T20s at an economy rate of 7.52 to go with the more than 500 international wickets he took in a decorated 12-year career with South Africa.

And why wouldn’t Lehman be happy to render services of one of the best Protea fast bowlers ever to play the game and arguably one of the better in world cricket too.

His ability to extract pace and bounce from any surface is reason enough for all batters around the world to have sleepless nights till date.

Add to that, his opening partnership with fellow great Dale Steyn has been as lethal as any in the latter part of the last decade and well into this one, right up till the 2015 World Cup with Morkel also being the highest wicket-taker for the Proteas in that event.

In my humble opinion, there is no reason why his artistry won’t continue in this year’s Big Bash as truth be told age is just a number with class being ageless.

As per the Big Bash rule each franchise can have 3 overseas players and now with Morne becoming a local, Lehman has all 3 spots up for grabs with the English hard-hitting batter Tom Banton as well as all-rounder Gregory Lewis completing two and Afghan spinner Mujeeb Ur Rahman being the third.

A boon for Brisbane Heat and certainly an even bigger one for all the Protea fans to see one of their favourite heroes weave his magic, yet again. 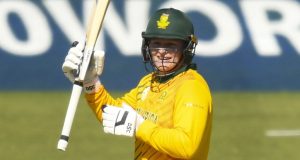 Up And Above And Out Of The Park: What Makes The...

Dev Tyagi - April 2, 2020
0
Australia Women now have 5 T20 World Cup titles, the most for any team ever. Mithali Raj and Meg Lanning hold the record of most...