In July of this year, former Blackcaps opener Peter Fulton touted that Will Young and Devon Conway are certainly going to be the future of New Zealand cricket. Now, for the home series against the West Indies, the selectors have given a hint towards this very future with both youngsters having been drafted in different squads. It suffices to say, bright things are on the horizon for NZ cricket. But what’s Devon Conway’s tale?

In August of 2017, a 26-year-old South African cricketer stepped on New Zealand’s soil with an intention to start a fresh in what he termed as his new journey. Frustrated with sporadic chances he was getting in the country of his birth Devon Conway decided to explore new opportunities outside the country. He had the confident on his talent and believed if given proper chances, he could play international cricket someday.

Conway started his first-class career as 18-year-old way back in 2009 for Gauteng but limited opportunities and growing age forced him to choose either England or New Zealand as new career opportunities. Conway selected the enigmatic New Zealand, but it was tough decision for a cricketer who had always wanted to play for the Proteas one day. It was difficult for him to leave country where he grew up idolising Neil McKenzie. His father who was football coach of a local club wanted to see his son grow up playing Tests.

The realisation of his dream to play Test cricket had almost become impossible in South Africa and as Conway said, “we get young once only”, he sold his property, car and other belongings and moved to New Zealand in August 2017. The decision of moving to New Zealand became the turning point of his career.

After moving to Wellington, Conway joined Victoria University Club in dual role of player and coach. He had to adjust with the lifestyle in Wellington which in his words was simple yet required decent earnings. He made his first- class debut in 2017-18 and played four of the first-class games scoring at a decent average of 39.66. His breakthrough moment came in 2018-19 when he was the top run scorer in Plunket Shield, New Zealand’s prestigious first-class tournament. His 659 runs came at an astonishing average of 82.37. His 156 against Northern Districts and 203* against Otago brought him in the limelight.

Last year (2019-2020) he scored triple century, his 327* against Canterbury was the only eighth instance when a cricketer scored more than 300 in New Zealand. What has impressed everyone is Conway’s impeccable consistency.

The moment Devon Conway became eligible, he was immediately picked up for the T-20 squad against the West Indies. It would be no surprise if he is drafted soon in the Test squad as well. New Zealand off late has preferred to play with five batsmen but with allrounder Colin de Grandhomme injured, the team might go with six batsmen in four Tests lined up in New Zealand’s home summer against West Indies and Pakistan. His penchant for playing long innings is something which New Zealand needs desperately. With Ross Taylor already 36, the team will need some one in future to fill in his big boots as well.

Conway is not looking so far ahead; he just wants to enjoy his time playing cricket. However, experts know that by once again becoming the highest run scorer in 2020-21 Plunket Shield’s ongoing rounds, he is making it hard for selectors to resist him for long. His chance in the T20Is is nothing but an attempt of selectors to ease him into International cricket. Conway on the other hand, is on the verge of realising his father’s dream of watching his son playing Test cricket.

So when he walks down the pitch in less than a fortnight from now, it will surely be a dream come true for both father and son with the world watching with unbridled enthusiasm.

Some facts about Devon Conway that make his tale interesting 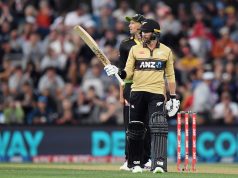 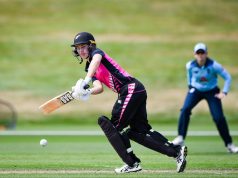 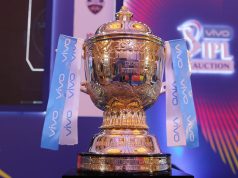 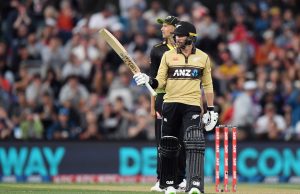 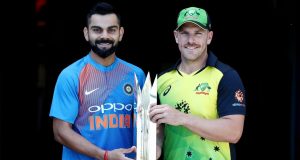 India vs Australia 2018 series: key battles to look forward to!

Gaurav Thakur - November 21, 2018
0
The nail-biting cliffhanger, eventually eclipsed by Australia has set the perfect tone to ongoing India vs Australia 2018 series. Hasn't it? So what lies...