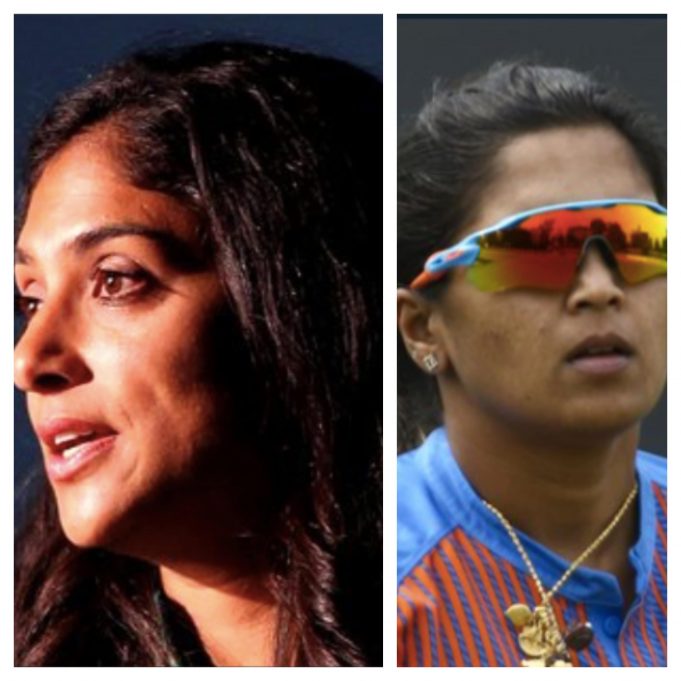 How about starting with a horrid example?

Let’s say there’s a fire in your room. It suddenly grows into being a towering inferno. Everything is burning inside. There is precious jewellery in there, as also an expensive laptop and other gadgets.

But more preciously, your sister and mother are in there too.

You are stuck and can’t find a route to escape.

Your father, who’s lounging outside in the living room has his legs spread whilst he bites into his pizza, totally aware of the peril danger that surrounds you three.

What if he does nothing to help and you have to call on your neighbours.

Just what would be your state of mind at that particular point in time where you see death knocking on your doors with the added awareness that someone so close to you turned a blind eye to your plight?

Could life be any harsh?

A few days back, when Veda Krishnamurthy- one of India’s renowned middle-order batswomen and arguably speaking, among the best fielders in the game encountered a personal tragedy- none knocked on her doors to help.

Help, we must remember, isn’t monetary in its substance always.

In fact, it’s not about help; at times, it’s just your presence during someone’s gravest crisis of life that helps.

In the life of a cricketer, losing out on a hundred whilst getting out for 99 hurts. Hurts big. Just as delivering a peach of a delivery on the final ball of a contest with the opponent needing just 1 to win, but it turns out it’s a no-ball.

But there’s also life outside of the pitch.

And even for a cricketer, there couldn’t be a bigger loss other than losing one’s family member.

Veda Krishnamurthy lost not just her sister, but her mother to the dreadful and much-hated COVID 19.

On most other days, she may have won several battles on the cricket pitch. But this was a terrible loss.

Though, what did the cricket board that’s contracted Veda Krishnamurthy do?

How many times did the resourceful and venerable cricket board that’s known worldwide for its might reach out to a cricketer totally shattered?

This is a cricketer who’s dedicated herself to her country’s prime sport for no fewer than a decade.

As a matter of fact, how many Tweets of solidarity did we see from cricketers who wear the jersey of the same colour as Veda with pride?

What did the men representing India at the highest level say for Veda during her darkest time?

As a matter of fact, we don’t even know what news from the world of Indian women’s cricket should be given more prominence?

Is it the fact that the likes of Shafali Verma and Smriti Mandhana are due to participate in The Hundred or the fact that the BCCI– with all due respect- that spends hundreds of lakhs in growing cricket as also earning from it didn’t come up with a single tweet offering a dime of emotion to Veda?

But, not everyone is rowing the same boat in this world.

There was someone who stood up for Veda when none, absolutely none did and that too from afar.

Lisa Sthalekar is not respected for nothing. One of the most prominent and illustrious achievers in the women’s game, also an ICC Hall of Fame inductee shared her dissonance given an absolute lack of response from the BCCI.

In some ways, a cricket board is like a parent. It nurtures your career. It helps you grow, it assists you in finding your calling.

It lavishes all things possible, provided your potential merits it, in order to turn your talent into a worldwide phenomenon.

At the end of the day, it also gains something since your talent can afford so.

But isn’t it heartbreaking when a fatherly figure, a mentor who’s seen you evolve under his very own eyes has not a word to offer despite knowing you’re devastated?

Surely, an out of form Veda Krishnamurthy might not merit selection for an upcoming series to England. But does she not deserve a hand on her head at the time where she’s lost two of the closest people around her?

Fact is- not everyone around in the cricketing contingent has the courage to stand up to the BCCI.

Perhaps, some lack pure will.

There aren’t many who’ve answered back to Geoff Boycott during a rather uncharacteristic remark regarding the presence of women commentators in the booth.

Lisa Sthalekar has always fought for a cricketing world where there’s parity between women and men.

And she wasted no time in slamming the mighty cricket board for not reaching out to the bereaved cricketer.

Just what is this sort of association where your board only cares for you at the outcome of a contest, not when you’ve suffered an irreparable tragedy?

Another fact is, you will not find websites that, again with all due respect, call themselves a product of true cricketing journalism questioning the almighty BCCI for some of their strange antics.

How many publications and top commentators in the Indian landscape did you hear raise a question about Sourav Ganguly promoting a leading fantasy cricket website, which was a direct step to support a rival brand to the BCCI?

Similarly, how many leading journalists of the world- and not everyone can be a Sharda Ugra- did you find standing up in the defence of Wasim Jaffer when he was harshly accused of promoting favouritism as the head-coach of the Uttarakhand team?

In a team-based sport, it’s quite natural to stand up for one another. Even if that means being there for your rival in his or her harshest times.

But when one of the most illustrious cricket boards in the world, one which has done a great deal to soar Indian cricket to great heights doesn’t stand up for one of its own, what precedent are we exactly setting?

The only positive from Veda Krishnamurthy’s heartbreaking saga is that a woman stood up for another when no man did.

Probably James Brown was right when he sang- it’s a man’s man’s world, but it would be nothing without a woman in the world. 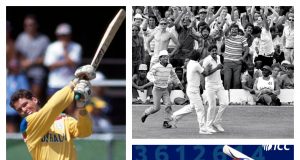 5 Vintage Stars Who Could Have Been Kings Of The IPL!

Bhavesh Bhimani - November 12, 2020
0
Like it or hate it, the Indian Premier League has become a significant part of modern-day cricket. While a lot of us tend to...