The ninth edition of the Caribbean Premier League came to an end with the St Kitts and Nevis Patriots (SNP) being crowned as the champions for the very first time. Interestingly, they had an absolutely disastrous campaign last year as they occupied the bottom most position in the points table losing eight out of their ten games. Therefore, it must have been a magical experience for them to lift the CPL trophy this year. In this article, we are going to mention several key reasons that are perhaps responsible for this amazing comeback by the St Kitts and Nevis Patriots, a feat that deserves every bit of praise coming the outfit’s way.

Some good signings prior to CPL 2021 paid off

As you sow, so you reap. If your approach is right, you are bound to get the desired result.

After they finished at the bottom most position in 2020, the management of the SNP included some really impactful players into their squad aiming for a redemption, which has worked for them in CPL 2021. They included the likes of Chris Gayle, DJ Bravo, Sherfane Rutherford, Fawad Ahmed, Naseem Shah etc. into their squad.

Rutherford played a very crucial role for them throughout the tournament as the southpaw amassed 263 runs at a solid average of 37.57 and a SR of almost 128.

Fawad Ahmed was one of the best spinners of the tournament. He took 11 wickets at a superb economy of 6.52.

Although Naseem took 6 wickets from 7 games, he bowled with great control and had an economy of under 7 in four out of seven games he played.

DJ Bravo is one of the most experienced t20 players across the globe and SNP were benefitted from his vast experience and exemplary leadership.

The understated Evin Lewis, the powerful opening stands he gave

A major percentage of the credit for such a solid performance at the top goes to Evin Lewis. The dynamic West Indian has been in the form of his life for quite a while now. Lewis was the second highest run getter of the tournament with 426 runs at a brilliant average of 47.33 and a splendid SR of 163.22 (most by an opener in this CPL).

Thus, a much-improved performance by Evin Lewis played a major role in resolving the opening issues of St. Kitts and Nevis this season.

Better Batting In Middle Overs+ Its Consequence In The Death Overs

SNP’s batting in the middle overs was horrible to say the least in CPL 2020. Their batsmen averaged 21.31 and had a combined SR of just 96.50 in that particular phase last season, which increased to 25.32 and 109.75 respectively in this season. Further, if I include only the games they have won (8 out of 12), these numbers increase to 30.87 and 114.88 respectively. These numbers are not as ideal as one would like in a t20 game, but are definitely much better than the numbers of last year.

As they batted with a better approach in the middle overs, they were able to capitalize on that in the death overs. In the games they won, SNP batsmen had a cumulative SR of a magnificent 174.73 in the last 5 overs. The team scoring-rate was 10.48 excluding the extras at the death in the games they won, which is fantastic.

All Round Brilliance Of Dominic Drakes

Dominic Drakes was with SNP in 2020 as well, but he got only two games and was unimpressive. In stark contrast to last year’s fortunes, he was marvellous this year and played one of the most crucial roles in their victorious campaign.

Statistically, Drakes was the leading wicket taker for SNP with 16 wickets at an impressive SR of 14.50. Added to that, he scored 102 useful runs at a superb SR of 161.90, which included a magnificent knock of 48* off just 24 balls in an all-important final.

These are the major reasons behind SNP’s magical turn around in CPL 2021 after having suffered a horrible outing in the CPL 2020. 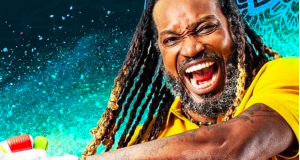 Vernon Springer On The 6ixty: Onus With The CPL To Chart...

Dev Tyagi - August 1, 2022
0
Cricket is a game played by millions, one in which the Indians, the English and the Australians excel....