Cricket is a gentlemen’s game. We all know that. What we also know is that the gentleness of someone is certainly appreciable in the realm outside of cricket. It extends to any other sport. But should this solely determine someone’s calibre in the context of sporting achievement? Should people place someone’s gentleness over his actual performance while wishing a trophy would belong to him?

One notes, probably not.

We’ve seen some people saying that “SRH deserve the trophy because their captain Kane Williamson is a nice guy”.

In here rests a question that must be answered with concerning the great Kane, able beyond doubt to achieve anything.

How do you know that Kane Williamson is a nice guy? Don’t be misled. But with all due respect, do you know him personally?

You watch him only on the field. Therefore, should you be keen to jump the gun and state that since XYZ is great, his team must achieve the greatness in the IPL, which is the trophy, just because the person behind the personality is an adoring, inspiring human?

How far can this narrative go to conceal the real issue that perhaps plagues one of the IPL’s most revered outfits?

The issue being that SRH perhaps haven’t mirrored the level of performances one’s come to see in their leader, a man widely admired and liked.

And that’s not only for all that Kane Williamson’s gone on to achieve on the pitch, but also by virtue of his conduct off it.

Stretching this debate, a little bit further, it’s pertinent to ask the following:

Does Kane deserve a trophy just because he is nice with others on the field?

First things first. IPL 2021 sees SRH at 7th on the standings. That’s with 6 games lost. Let that sink in.

The nice guys of the famous T20 league haven’t really had the nicest of results. Why’s that?

Perhaps it’s time to understand this.

Cricket is associated with the emotions of a majority of the fans across the globe. We all have our own set of criteria to support a particular player or a team. But, what percentage of the population consider brain over heart to support a player or a team? The number must be negligible considering the overall number of cricket fans across the world.

For most of the fans, emotions take over actual performances. Here, one’s not demeaning the emotional attachment people have with Williamson or SRH.

But emotions shouldn’t entirely take over the actual performance in the context of a sport. As the fans of this great game, ideally, we should prioritise the performance while praising or criticising someone. For example, in this case, if SRH play the best throughout the tournament, they certainly deserve to lift the trophy and so does Williamson.

That would perhaps be a great leveller of sorts in that one of the teams that one certainly doesn’t dislike would be ruling the roost.

Furthermore, if the team doesn’t perform in the desired manner, should we not direct appreciation towards IPL’s nice guys for trying?

For example, in this case, if some other side led by another person plays the better cricket than SRH in the league, shouldn’t that team then be credited for the win?

All it takes is the on-field performance to win a game. Isn’t it?

The SRH players have to show sheer competitiveness and more desire to win the match than their opponents.

Their performances should speak for them. Williamson’s gentleness has nothing to do with either his or his team’s on-field performance.

As sportspersons, it’s their duty to play the game fairly within its rules. And if someone is playing the game fairly and in a better way than our favourite player, we shouldn’t shy away from praising. Being nice on the field is obviously great, but it should always remain secondary to the on-field performance of someone while wishing him to win the trophy as his performance wins him games, his on-field behaviour doesn’t. 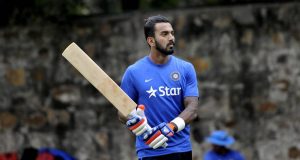 The Great Transformation of KL Rahul: Elegance Oozing Devastation In The...

Abhinav Bose - May 16, 2018
0
It was the IPL 2016. Delhi Daredevils had just managed to edge out the Sunrisers Hyderabad in a crucial encounter. The match went down...