To say that Bangladesh pulled out a stunning victory against Pakistan in its maiden world cup stint in the tournament would be a bit of an understatement. Truth be known, at the back of an excellently controlled bowling display, of the many we’ve seen in the ongoing Women’s World cup, Bangladesh pushed Pakistan to the brink of despair.

Another loss and it doesn’t seem that unlikely for the usually promising sub-continental side and Pakistan will have crashed out of the 2022 Women’s world cup.

On a day that brought such agony for Pakistan, there was one word that defined the Bangladeshi contestants.

Earlier in the match, Pakistan won the toss and opted to bowl. Which wasn’t a terrible call frankly speaking, the team restricted to a score of 237. Fargana Hoque played the anchor to put on a massive partnership of 96 runs with Nigar Sultana to power them to a decent total on board. Left arm orthodox spinner Nashra Sandhu Pakistan was the pick among the Pakistani bowlers, taking 3 wickets at an economy rate of 4.1.

237 runs is a tricky total to either chase or defend but one that Pakistan responded to with positive intent. It was, however, a total that tricked England and proved to be an ace for the Proteas women as one found out later in the day.

Yet, it could be said, the response of Pakistani batters was brave and on point. Sidra Ameen and the experienced Nahida Khan, the latter who’s been consistently among the runs, were at their fluent best as the opening pair coasted through their chase putting together a 91-run stand. The first breakthrough came with the wicket of a well settled batter Nahida Khan. The 35-year-old has been holding fort and batting cautiously all throughout the prestigious event.

Yet, this didn’t rattle the Pakistan team as their captain Bismah Maroof put on fifty run stand with Sidra Ameen, the top scorer of the day. The Lahore-born right hander continued to form partnerships despite the fact that the middle order and lower order batters struggled to hang in there to give her ample support.

After Pakistan lost Omaima Sohail in a span of two overs, they lost 4 wickets and the Bangladeshi Spinners consumed only 5 runs in these overs.

The 44th over of Fahima Khatun changed the match equations in Bangladesh’s favour.

This gave the eager Bangladeshis the momentum to wrap the lower order. Fahima bowled the first ball that went crashing to the middle wicket, which Aliya tried failingly to fend off. She was trapped in the front, out plumb LBW. On the next ball, Fatima Sana completely misjudged the line and tried to flick one to the on side and was adjudged LBW. This was the third wicket that perished for a duck consecutively. From 183-3 in 42-overs, Pakistan folded to 188-7 in 44-overs.

Aliya Riaz and Fatima got out in a similar fashion; both were trapped in front of the wicket. A complete miscommunication on the final ball of the over between Sidra Ameen and Sidra Nawaz saw the latter pay the prize by losing her wicket in that over.

From thereon in, Ameen tried to get as much as strike possible and scored 21 runs off the next 17 balls. Ameen marked an incredibly courageous and delightful century off 136 deliveries and was the sole fighter in the Pakistani camp till the end. The ever dynamic Diana Baig was soon dismissed off Salma Khatun which nearly left the onus on the top order mainstay Ameen to pull a win which became increasingly difficult with wickets tumbling constantly.

Sidra Ameen’s fine hundred, which also was the first for Pakistan in an ODI World Cup went in vain when she was dismissed for a run out in the 48th over. The lower order batters could only manage 10 runs off the 13 deliveries; the target was out of reach when Ameen departed. It was a stunning turnaround by Bangladesh as they put on a complete team effort to get over the line convincingly.

But was this something one would have easily predicted right at the start?

The fielders in the Bangladeshi line-up gave their best-shot and their efforts paid off, something that shouldn’t be forgotten. Two dismissals of Pakistan came through run-outs. It wasn’t so hard to note that pinners made the difference among the two teams.

Fahima Khatun was adjudged the player of the match for match winning spell of 8-0-38-3.

Having pleasantly surprised South Africa by their dominant bowling spells earlier, a performance that saw the World cup debutants putting handcuffs around the Proteas batters, Bangladesh have gathered what they sought: precious points.

They held the nerve in the final overs today and took the game away from the grasp of a team that was easily better placed to win. Bangladesh will now aim to keep the winning momentum live going forward as they face the West Indies next in the Women’s World Cup on March 18 at Mount Maunganui. 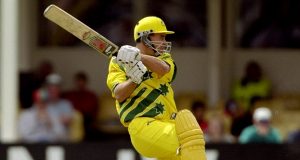 Why Do We Often Forget Michael Bevan?

Dev Tyagi - May 9, 2017
3
Dravid finally earned it. But only after retiring. Laxman's earned it as well. That’s despite the BCCI not conferring upon him a farewell that...