This year the Delhi Capitals reached the finals of the Indian Premier League for the first time in thirteen years of IPL history.

They finished at the 2nd position on the points table after the league stage with eight wins from fourteen games. They entered the finals after playing the second qualifier 2. Mumbai Indians got the better of them four occasions this season including the qualifier one and the final.

Despite finishing second in IPL 2020, Delhi Capitals had a great IPL 2020 considering their records in the league. So what is the reason for their success in IPL 2020? For this, we have to go sometime back in the past.

Remember the old Delhi Daredevils? Played 10 seasons and qualified for the playoffs only thrice ( 2008, 2009, and 2012). Very poor performance despite having a great squad. Things changed in 2018 with the franchise getting a full revamp.

“Daredevils” changed to “Capitals”, new owners, new management and they finished 8th but their process was correct and it started to reflect from 2019. They have improved a lot in the last two years, in fact, the most amongst the eight sides.

So what really contributed to their mesmerising improvement in 2020?

A strong young side led by a young Shreyas Iyer finished second after the league stage in IPL 2020. They played some quality cricket and deserved to be in the top 2 teams of this year’s IPL. The likes of Shikhar Dhawan, Shimron Hetmyer, Kagiso Rabada, Anrich Nortje, Marcus Stoinis, and not to mention the daring leader himself lived upto the expectations and performed as a team.

Axar Patel did a splendid job with the ball and with the bat as well whenever he got the opportunity to show his batting skills. Prithvi Shaw despite his poor form played one or two excellent knocks in the initial matches.

Shikhar Dhawan was the second-highest run-scorer while Kagiso Rabada bagged the purple cap. They both were the pillars of Delhi in IPL 2020 in the batting and bowling department respectively. They are the experienced campaigners in the DC squad and they stepped up this season.

DC’s management is one of the main factors in Delhi’s performance in IPL 2020. Ricky Ponting and co. had a plan on how to approach things and they did well, starting from the auction table. They brought in Marcus Stoinis, Shimron Hetmyer, Ravi Ashwin, etc who played a key role for them this season. There were questions on how they’ll use Stoinis and Hetmyer but they did a good job in that. Stoinis played well and performed with both and the ball for them. Hetmyer could have batted a bit higher but he did well in whatever chances he got.

As a leader, Shreyas Iyer led from the front- as a batsman and someone who backed the forces at his disposal. This was impressive, considering he’s still very inexperienced as a captain and Ricky Ponting as mentioned had a clear plan and knew what he was doing as the coach and you expect nothing less from someone like him.

They also used Stoinis as an opener in qualifier 2 and in the finals where his numbers are excellent in the BBL. He did well in the second qualifier and we can say it was a good move for the upcoming seasons as well.

Earlier after the auction, it seemed that Delhi had picked too many top-order players in Ajinkya Rahane, Jason Roy, Shimron Hetmyer with Shikhar Dhawan, and Prithvi Shaw already there and their bowling was looking over-dependent on Kagiso Rabada as there wasn’t any other bowler to accompany him. But just before the IPL Chris Woakes got injured and Jason Roy pulled out and this proved to be a blessing in disguise for the Delhi team.

They picked Anrich Nortje as the replacement for Chris Woakes and it proved to be a masterstroke for them. Nortje picked 22 wickets this season, finishing at 4th in the bowling charts and he alongside Rabada just lifted the DC bowling. Daniel Sams came in for Jason Roy. He didn’t perform as expected but it was a good move as he also strengthened their bowling. Luck was with the Capitals after they messed up a little in the auction.

So a blend of youth, senior players stepping up, some luck, and quality cricket was the reason for Delhi’s success in the 13th edition of the IPL. They showed a lot of promise this season and they have the potential to be a champion side in the future. 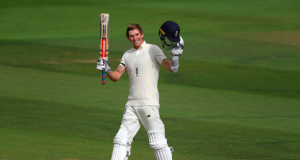 Zak Crawley: Birth Of A Hero In English Cricket?