The international season is finally restarting in South Africa since the ongoing pandemic proved itself to be too hazardous akin to Chinese dictatorship. It’s a brilliant opportunity for the Protea fan to jump off the couch in sheer excitement just as it is for the English to author a series win knowing well it didn’t them long to dismantle the West Indies after Holder’s men punched Root’s side in the opening Test in July.

England are in South Africa for two white-ball series’, including- three ODIs and as many T20Is. So which players hold the power to dictate the outcome?

Quinton de Kock, one of the cleanest strikers of the white ball, and now, the white-ball captain shall undoubtedly be among the key batsmen for the Proteas.

Barring the fact that he recently fired 503 runs in the IPL and that too, at 35 and a strike rate of 140, he has already accumulated over 9,200 international runs.

This is still a 27-year-old remember.

Quinton de Kock became a permanent feature in South African team from 2013-14. He got the opening spot alongside Hashim Amla and capitalized on the opportunity in the home series against India in 2013.

De Kock started the series with a Man of the Match as he scored his maiden century (135 off 121 balls). He backed him up with another century (106 off 118 balls) in next ODI. In the last ODI match, the southpaw achieved an astonishing feat. He scored three consecutive centuries in three back-to-back ODIs against the same opposition.

De Kock has been an instrumental player and now, Quinton has become the white-ball skipper of the South African team. He would under-go some different kinds of hurdles and a man with QDK’s caliber would be looking forward to taking them on.

Kagiso Rabada announced himself on the global stage at the Under-19 World Cup in 2014. The right-arm pacer had the ability to click 140ks from the age of 19 years.

In 2015, due to some injury to the great Morne, Kagiso got featured in all format squads in the away series against Bangladesh. He made a sensational ODI debut as he got a hat-trick in his first game to finish at 6 for 16.

A few years later, when Steyn, Morkel, and Philander was fading away from the international scenerio. Kagiso took command of the bowling unit. He became one of the world’s finest fast bowler in 2018-19 after some impeccable performances against India, Australia, Pakistan, and Sri Lanka.

He has become South Africa’s MVP over the years and KG is coming-in as the purple cap holder from the Indian Premier League.

If someone like Dale Steyn vouches for someone, then you need to understand that “that someone” must be a real deal. In the great Steyn-Gun’s words, Anrich Nortje is “extremely exciting”.

During the inaugural season of the Mzansi Super League, Anrich got an ankle injury and he was out of the tournament. For the 2019 IPL season, the Knight Riders bought him but he withdrew due to another injury, this time a shoulder injury.

Arinch Norje made his International debut in March 2019 in an ODI against Sri Lanka, wherein the seamer took three wickets. Later that year, he earned his Test and T20 caps (against India), as well.

The South African quick-gun was selected for the 2019 World Cup but got his thumb fractured during the team’s practice session and he got replaced by Chris Morris in the World Cup squad.

The train got on track for Anrich as when the IPL 13 got pushed due to the pandemic, many players made them unavailable for the season. Chris Woakes, who was bought by the Delhi Capitals, withdrew his name and Anrich Nortje was named his replaced.

Anrich became the standout performer for the Capitals alongside Rabada. The duo took their team to the finals. Anrich became an overnight sensation as he bagged 22 wickets in the season. He bowled the quickest delivery in the league’s history as he clocked 156.22 kmph.

Jofra Archer, son of a British father and Barbadian mother. Jofra was born in Barbados and represented West Indies at the Under-19 level back in 2013-14.

He moved to England in 2015 to pursue his carrier in cricket as he was dropped by the Barbados System due to a back injury.

He was added in the Sussex set-up in the middle of the 2016 season but he proved his worth by taking 35 scalps and batting solidly at the lower order in the saw. At Sussex, Archer saw some tremendous growth in the next two years.

Jofra Archer started growing and after his successful IPL stint in the 2018. England & Wales Cricket Board was furious about Jofra Archer so they changed the qualification rule from 7 years to 3 years to bring Jofra on-board for the squad of 2019’s World Cup.

The decision of Jofra’s inclusion in the squad became gold as England lifted their maiden World Cup triumph as he provided the missing links to the English pace battery.

The New Zealand-born has three World Cups for England and is a tale himself, albeit one to cherish. He represented England in the 2010 Under-19 World Cup.

He was in and out of the squads for the next 2-3 years due to some inconsistent performances at the top-level and for the unprofessional behavior as well. He once got into a fight with three men outside a club in Bristol.

He was left out from the T20 World Cup in 2014 and then sidelined from the 2015 World Cup as well. That’s when Ben Stokes changed. He turning his unprofessional behavior and to become the best player.

After England’s shameful exit from the 2015 World Cup, Ben Stokes was one of the players who got in the English team’s core. He became his national side integral part. He was the part of England’s side which played the final of the 2016 T20 World Cup against the West Indies.

Ben Stokes was the bowler who got bashed for four consecutive sixes by Carlos Braithwaite in the final and from there, he became England MVP in the 2019 World Cup. Ben was England’s hero in the finals where he played an innings which would go into the history books.

England’s Mr. 360 degree-to-International Cricket’s Jos ‘the Boss’ to being Aakash Chopra’s Superman to the Rajasthan crowd- is there a thing Buttler hasn’t done of late and not been good at?

What can one possibly say regarding one of the world’s finest and most innovative batsmen? He possesses both orthodox and unorthodox batting techniques that he uses to good affect and whenever the need arises.

Jos Buttler came in as a hard-hitting keeper-batsman who took over the glove job from Matt Prior. He began the England Summer of 2014 with some staggering performances. The 99 runs against West Indies and then came the carrier reviving knock against Sri Lanka. He scored an appalling century, which was then- the fastest 100 by an Englishman (he would break his own record a year later v Pakistan).

He played the 2014 World Cup and till the next T20 World Cup, he would become a key member of the English side. He was also a member of England in the 2015 World Cup but he had an ordinary tournament but when England won their maiden World Cup triumph, Jos Buttler was their vice-captain and scored a century and two half-centuries during the feat. 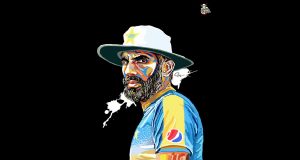