And it’s only fair, I’d say, though rather strange to be knowing this game and then not to be knowing world-class names who’ve forged their own place in South African, and without a doubt, world cricket history- don’t you think?

But the Rainbow Nation today isn’t exactly what it once resembled- that vibrant and successful unit that oozed power and yet, grace at the same time.

It’s sad to see things fall apart for a country that’s done a lot to give the sport we love boundless thrill. But change is evident, especially since the end of the 2019 World Cup with many a senior quitting.

So what happens now? Who are the forces in command and where does the South African middle-order go from here?

Let’s, therefore, examine what does the South African middle order weigh given the weight of talent it boasts of.

Quinton de Kock had been named the new skipper of South Africa’s white-ball cricket and started a new chapter in South African cricket. His first series as captain was against India were South Africa managed to salvage a 1-1 draw in the three-match T20I series. Temba Bavuma at the top of the order showed a lot of promise along with de Kock and the Proteas seemed to have found a player just as calm as Hashim Amla was to replace him at the top of the order.

South Africa were still trying to find answers to the question marks on their batting. In February- March 2020, they played a three-match ODI series at home versus Australia. With senior pros like De Villiers and Amla retired and former skipper Faf du Plessis rested, it was time for the fringe players and other young guns to step up, and they stepped up beautifully.

Janneman Malan was just playing his second ODI for the Proteas and having replaced Temba Bavuma at the top of the order, he had to perform in order to keep his place in the side. He scored a brilliant 129 runs off just 139 balls in a very crucial run-chase that helped South Africa win the series with one game to spare. He will certainly be the one to watch out for in the ODIs against England.

Heinrich Klassen was on the fringes of the team ever since 2018 and he impressed one and all with impressive performances against India despite being given limited chances. With a void in the middle order, Klassen had the chance to create an instant impact and he grabbed the opportunity with both hands. In the very first ODI against Australia, he scored 123 runs off just 114 deliveries including 7 fours and 3 sixes, helping the Proteas post a competitive total of 291-7. This was too much for Australia as they fell short by 74 runs.

In the second ODI, Klassen scored a crucial half-century at almost a run-a-ball to help South Africa chase down a competitive total of 272 to seal the series before the third ODI.

However, he wasn’t done yet as he scored 68 runs off just 63 deliveries in the final ODI and helped the Proteas chase another competitive total of 255 to complete a whitewash over the Aussies. His fantastic performances throughout the series which saw him score a hundred and two half-centuries helped him win the Player of the Series award. He will be one of South Africa’s important players going into the white-ball series against England.

Kyle Verreynne was another unknown name coming into the series against Australia. He scored 101 runs in the three ODIs against the Kangaroos and scored a maiden ODI fifty. He looked comfortable at the crease and played his shots with full confidence. If given more chances, he could go on to become one of the established middle-order batsmen for South Africa.

JJ Smuts took the responsibility of batting at No.3 in the second and third ODIs against Australia. With scores of 41 and 84, he proved that he can be a great option at #3, provided Temba Bavuma opens with De Kock. He has been around South African cricket for a long time and has proved that he deserves a continued run in white-ball setup.

To cap off the middle-order, the experienced David Miller stepped up against Australia and showed why he is a proven finisher. With knocks of 64 off 70 deliveries and 37 off 29 deliveries in the first two ODIs, respectively he showed that he was back to his best and was ready to make the #6 spot his own in the new-looking Protean middle-order.

With a mixture of youth and experience, South Africa are ready to write a new chapter in their white-ball cricketing history. But for that to shine and make the right noises, they must play together as one unit and realize the power of the rainbow nation stems from united colors that say, ‘never say die.’ 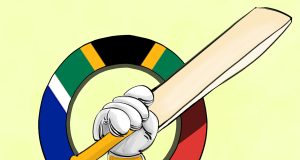 2021: A Year That Sparked The Proteas Women’s Fire!

Dev Tyagi - December 10, 2021
0
The Australians are always winning. Well, mostly, if not always. The English are ever strong. Too big a...