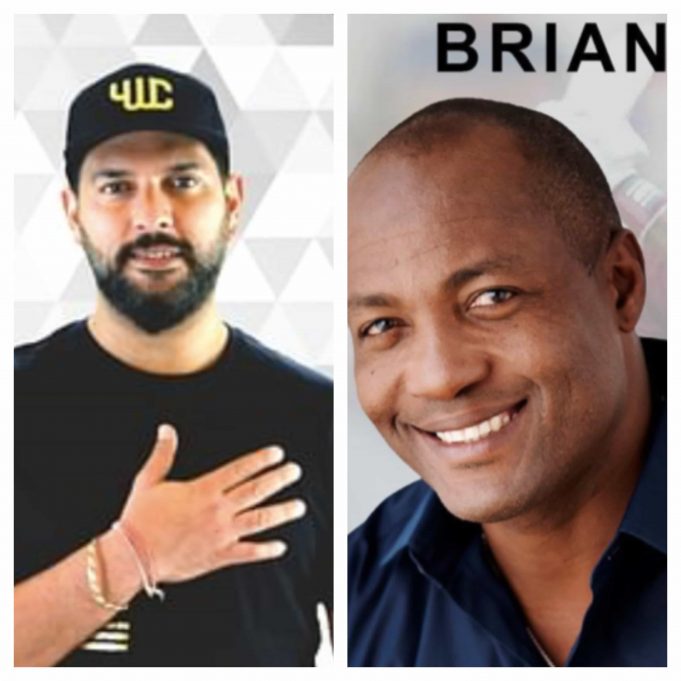 Who says batsmen can shine only on the pitch? We cherish Cricket and call it our life. But there’s also a turf outside of the cricket pitch where important battles are won and lost. And perhaps nothing could possibly sound truer than the current times faced by the planet. Speaking of India specifically, the only battle that one wishes to win at all costs is the one related to the deadly COVID-19 pandemic.

As on date, one of the world’s largest democracies on earth has lost no fewer than 3.44 lakh people to COVID.

Sounds normal to you?

But frankly, one’s not only under pressure on the 22 yards. And while there are some who duck under safe cover, batsmen like Yuvraj Singh come and play on the front foot even in real life. Just like how Pat Cummins did, well over a month back, contributing handsomely to a country where he was proudly participating in the IPL.

The brilliant initiative that Yuvraj Singh’s foundation has begun toward setting up no fewer than 1000 COVID beds across India is akin to feeding a city famished by malnourishment.

But who says Yuvraj Singh is alone?

None other than the ‘Prince of Trinidad’ Brian Lara has come forward to support Yuvraj’s timely and much-vaunted initiative.

To this day and perhaps for time immemorial we will stay in awe of Lara’s on-field genius. There’s the mesmerising 375. The impeccable 277, where it seemed he just wouldn’t get out- a fire-starter at Sydney. Then, he climbed Mount 400 and became the only summit-scaler in the world to do so.

In between, Lara smashed cricket’s only quintuple hundred- the 501 against Durham.

But beyond the realm of stylish batting and captivating stroke-play, it is Lara’s efforts toward batting for a larger cause that have  always inspired and made headlines.

Many moons ago, the flamboyant left-hander born in Cantoro village set up the Pearl and Bunty Lara foundation, in a bid to contribute to the welfare of cancer patients.

He was one of the first to accept the challenge to play the 2020-bound Bushfire relief charity game in Australia.

A decade and a half ago, he was also the shining face in the Tsunami relief game, held at the Australian mecca of cricket- the MCG.

And now, the Prince has come forward appreciating the brave efforts of a man whose name literally means the prince- Yuvraj Singh.

He took to social media encouraging one and all to come forward and support YouWeCan- Yuvraj’s foundation- in its massively-important movement toward the cause that matters ever so much.

Once, they might have been adversaries on the cricket turf; but today, it’s Brian and Yuvraj’s very vocal support toward raising awareness about this great nadir of our times, which must be truly appreciated.

As a matter of fact, Lara, who for reasons best known to his unaware critics was labeled selfish for the imperious 400, a rare cricketing feat, participated in the much-liked Road Safety Series.

What would his critics say- was the Prince of Trinidad being selfish again, despite participating in a cause that actually claims millions of life every year?

That a bunch of veteran cricketers came together to raise awareness about a massive plight that consumes no fewer than 1.35 million lives (each year) due to road accidents was perhaps as dignified and vital an effort as helping the blind cross the road.

And often, in his penchant to help the helpless cross the difficult miles, it’s Lara who’s been the precious diamond we don’t celebrate enough.

For instance, how many noted the fact that this year, with the COVID pandemic being at its peak and Lara present in India for the IPL select dugout punditry, didn’t celebrate his birthday?

Where were those misinformed and ignorant when Lara eschewed a day of personal reverence in the solidarity of India and its massive strife against COVID?

Truth be told, these vital gestures go a long way in inspiring people.

And like Yuvraj’s heroic and large-heartedness, the Prince of West Indian cricket must be upheld for his selfless acts that deserve equal mention as his astounding world records. 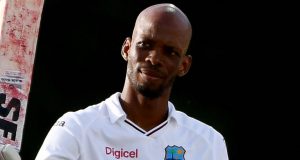 When Are You Planning To Score Some Runs Roston Chase?

Dev Tyagi - July 11, 2018
0
Back in 2016, a relatively unknown commodity in West Indies cricket arose from obscurity. He had a passport at home. But he also produced one at...