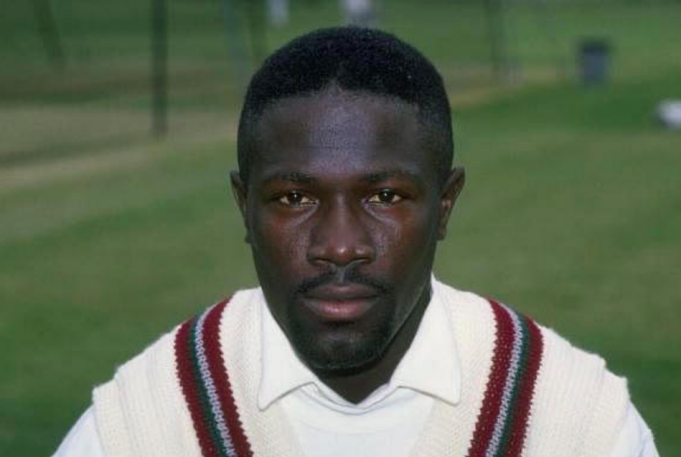 Exactly two days after Desmond Haynes- 7,400 Test runs and 8,600 ODI runs- played his final Test for the West Indies, circa April 13, 1994- in came Stuart Williams for a team that had bid adieu to a legendary cricketer. That another right-hander had been drafted in the very role, which was essayed with boundless success by the outgoing Haynes, made the prospect of seeing Stuart Williams incredibly exciting.

Was this going to be the new man in charge of plundering runs from up top? Would century upon century flow from a position that had entertained the Caribbean fan with several blistering knocks? Was Williams going to be the much-needed fillip for a vacuum that desperately needed filling?

With questions like these, the fan attested his focus on the Test starting from April 16 at St. John’s Antigua.

While the Barbadian had retired in the fourth Test, there was another game left to play and hence, a chance for the newcomer to make an impact. While Stuart Williams would ideally have liked to make that contest his own, in truth, it belonged to none other than the ‘Prince of Trinidad,’ Brian Lara.

A common saying suggests an underlying truth of life.

History is made by the victor. Though, in cricketing parlance, it would seem the statement warrants some reconstruction.

Fair enough to say that history, unless ignorance is your vice, is made by the record-breaker.

To this day, nine in ten would remember the year where Lara scored the-then highest-individual score of 375, a momentous occasion where he went past Sir Garry Sobers. Yet, eight in ten may not remember that the batsman giving company to Lara from the other end was Shiv Chanderpaul.

Similarly, it’s hard to imagine how many would remember that, that very contest also marked the debut of none other than Stuart Williams, who today turns 52.

While Lara made globetrotting headlines with his triple-ton, Williams compiled merely 3.

On a flat-deck where Adams, Chanderpaul, even Arthurton and, of course, Lara got going, it was painfully surprising to see Stuart Williams perish in a single-digit score. That in the very next inning he compiled a patient 21, as his team drew the game didn’t really assuage the first-inning’s failure.

But one tends to forgive a newcomer upon missing out on scoring in his maiden game, isn’t it?

Though one doesn’t know whether the West Indies fan has pardoned Stuart Williams, who failed to touch even 3,000 international runs despite having a go in no fewer than 106 more innings that followed.

In a team that was competitive with no lame pushovers making up the order- think Chanderpaul, Sir Richie Richardson, Hooper, Adams, Lara himself- one cannot commit the mistake of saying that the Nevis-born batsman wasn’t afforded enough chances.

Until the end of his career, circa 2002, Stuart Williams featured in 52 Test and 55 ODI innings. Yet, despite possessing the good-looking strokes in the book and a repertoire that featured a dead-bat defence, a powerful pull and an extravagantly beautiful cover drive, the right-hander amassed no more than 2,800 runs.

Williams’ game was based on the power of placement and the gift of timing, two huge strengths that should have enabled the batsman go a long distance. Though what eschewed his craft, you’d think, was the magnitude of focus, something present abundantly in two trustable servants of the West Indies cricket- Chanderpaul and Lara.

One fears Stuart Williams’ is exactly that.

How could it be that a batsman who collected a fluffy gathering of 9,517 first-class runs, at an average of 41, striking not less than 26 centuries, constructed an international career that seemed malnourished in both stats and impact?

It’s a mystery that’s West Indies’ version of the Bermuda triangle, one which featured a highly-capable batsman who had answers to spin, pace, in-swinging yorkers and the ones pitched deliberately to disturb the batter’s focus at a particular angle.

Though what lent to the mystery yet more head-scratchiness was the fact that seldom did Williams seemed troubled against pace or spin.

That’s when during the course of his career, Stuart Williams, who astonished less and underperformed more, squared up against the likes of Warne, McGrath, Akram, Srinath, Waqar, Prasad, Kumble and Vaas.

A wristy batsman who demonstrated a slight shuffle and trigger movement, he could tuck away the one bowled at the hips to the square leg boundary. And forget not that he was just as glorious a cover driver, long before the exquisite stroke came to divide fans on both sides of the border in the Indian sub-continent.

Not the most dependable batsman whom you’d count to bat out time in the long format, Stuart Williams found his bearings in the limited-overs game. For in Tests, not once did his average touch 30 against any opponent.

This lack of success could certainly have waned his desire to continue, but Williams persevered.

In an age where an average north of 40 was considered great and one on the higher side of 30 was considered good, Stuart Williams didn’t take long to impress striking meaningful scores against a strong ODI quartet combining England, India, Pakistan and New Zealand, in particular.

A third of his career runs in 50-over cricket came against India, 532 of his 1,586 runs. With an average of 44 against a team that in those days was led by Sachin, and later, Ganguly.

Just a year after debuting in ODIs, he went on to strike 341 runs from 12 ODI innings, remaining unbeaten in 2 of them. His 69* versus a New Zealand featuring Gavin Larsen, Danny Morrison, and Shane Thomson was a match-winning knock that saw Brian Lara lavish praise on the opener. That same year, he top-scored again for the West Indies in a memorable Sharjah encounter against an Aaqib Javed, Waqar Younis, Mushtaq Ahmed and Saqlain Mushtaq-powered Pakistan.

It was pleasant and reassuring to find a batsman deny the greats in Lara and Chanderpaul the lion’s share of runs whilst seeming unflustered against the modern greats of fast bowling.

Toward 1995-end, he went to Melbourne and proved himself a worthy opponent even against a McDermott, Warne, and Kasprowicz powered attack in an agonising loss in a Benson & Hedges contest at the MCG. That 44 off 56 was perhaps Windies’ most under-appreciated ODI knock that whole year, one featuring trademark cover drives and excellent timing.

In 1997, though, Williams went completely berserk in limited-overs cricket, firing 626 runs from just 12 innings. In the much-applauded quadrangular series- something that’s become a thing of the past, one to which the fans resort with sepia-tinted glasses of nostalgia- Stuart Williams grinded India courtesy a best-score of 105.

That he carried his bat until the very end, was indicative of how a slow starter in the game was finally getting into the act. Playing the inning of his lifetime amid perspiring Sharjah heat, Stuart Williams stood tall through a gritty century whilst the next best score by any batsman in the game was 70, made by Ganguly.

While the runs were coming, the conversion of fluent fifties into sturdy three-figure scores was missing. 1997 corroborating this statement through 5 separate valiant knocks that yielded fighting half centuries, including two versus India and Sri Lanka and one against Pakistan in ODIs.

In his final year in ODI cricket, the format where he shone brightly- if not blossomed- an average of 12 suggested downfall. Though, the selectors hadn’t completely given up on the man with strikingly good looking strokes; they’d allow him to continue in Tests until 2002, a period where West Indian decline was fully evident, not certain, the likes of Ambrose and Walsh both having retired a while back.

Although this was a year where Williams got a chance to revive his career, which by that point had become fledgling, he still couldn’t do much, finishing with 91 runs in 5 innings, going no better than a painfully-compiled 43 against India, with the visitors’ bowling looking particularly daunting to face.

Though Nevis has produced quite a few batsmen with notable scores for the West Indies, the likes of Runako Morton and Kieran Powell being prominent features, Stuart Williams was the romantic stroke-maker who possessed elegance and flair, if not a fountain of runs

But then should a cricketer be only measured by his earnings on the 22 yards; is there another way to gauge one’s contribution to the game?

If there is, then one thing must be said for certain that the 1969-born has stayed true to the meaning of ‘giving back to the sport!’ In 2010 itself, he sponsored the entire Nevis-under 13 team. A year back, he single-handedly organized the local Masters Cricket Tournament, which eventually had a positive impact on Nevis, as they won the Leeward Islands Master tournament the same year.

Stuart Williams proved runs- though vital- aren’t the only thing that matter and that what matters, you’d reckon, is how far are you willing to bat for the others’ interest. 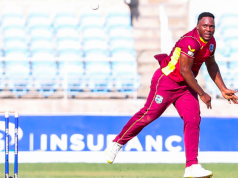 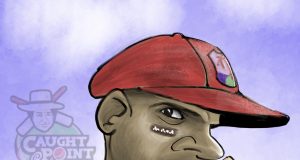 Dev Tyagi - May 28, 2021
0
2005 was an eventful year for World Cricket. A lot happened back then that remains, to this day, unmistakably unforgettable. It was a year where...