What’s with us and the insatiable urge to see our favourite sports stars in action for the one final time?

Despite retirements or the long walk into the setting sun, we still can’t seem to get enough of these superstars.

Be it the likes of The Legendary Undertaker from the WWE without whom no Wrestle Mania is complete to The Swiss Maestro, Roger Federer in tennis, who is so integral for millions across the world to watch every grand slam.

From Tennis to Cricket, there’s constant talk about retired legends still holding the gravitas to warrant a comeback. Recently, an interview of the Ace of Pace from Protea land, Dale Steyn revealed, ‘At 37, I can run and bowl as fast as any youngster in the current South African setup.’

It clearly seems, he’s more than keen to give his international career one more go in T20Is.

The longing to win a major ICC trophy that has deserted The Phalaborwa Express for nearly two decades is reason enough to play this one final time.

It almost seems as though the ICC T20 World Cup in India later this year is waiting for him to make that trophy his and South Africa’s to own.

For me, another person in a similar mould with the longing to win silverware for South Africa is the Bela-Bela born cricketing genius, Abraham Benjamin de Villiers.

The ICC T20 World Cup surely serves as an opportunity for this man from Pretoria to come out of retirement for this one final time and end his near two-decade career on a high with one major trophy in the cabinet.

With an unparalleled batting ability that every cricketing soul in the world knows amassing more than 20,000 runsin international cricket and the experience he has playing in the sub-continent, courtesy his previous international tours and of course the IPL makes him the perfect fit for the Proteas middle order.

Can we get one more swash buckling innings from this batting dynamite like the one he played, 149 of just 44 balls on Pink Day at the Wanderers against West Indies in 2015?

Yes, there is a line of thinking that AB de Villiers has done his time in international cricket and South Africa should move on with new players as they currently have, and in truth there is nothing wrong in thinking this way.

In my personal opinion though, his experience of playing in India (156 innings with 4849 runs in the IPL) and the hopeful desire to win that major trophy for the Mzansi is a definite reason to have him in the T20 squad come the World Cup.

Needless to say, that’s provided he wants to.

It actually stands true for both AB and Steyn.

As they say, the exuberance of youth matched with the wisdom of experience is the perfect blend to achieve the impossible.

The impossible for South Africa has been that elusive ICC Trophy and with these masters in the side, the impossible is surely possible.

Protea Management, I hope you are listening!

To see AB de Villiers play for South Africa again is a dream or reality, we will know in time but for now as the genius gets one year older and may I say wiser too, we wish him a happy 37th. 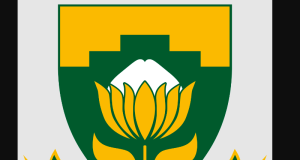 Abhinav Bose - August 9, 2022
2
Taskin Ahmed, the lanky quick bowler from Bangladesh brings a lot of promise for Bangladesh. His ability to bowl quick and extract...