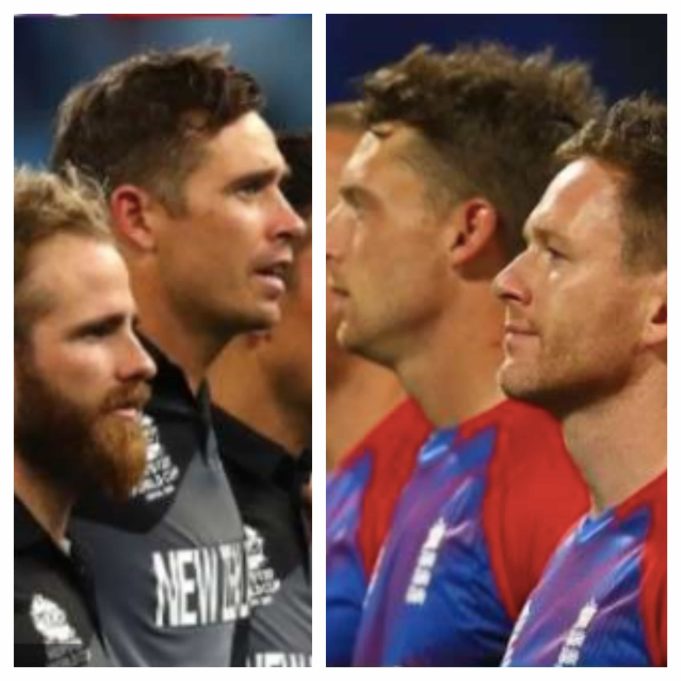 England, New Zealand, Australia and Pakistan turned out to be the best four teams to reach the semifinals in the ongoing ICC World t20 and we are just a few hours away to witness the much-awaited clash between England and New Zealand in the first semifinal.

Both teams were clinical in the group stage and lost just one game each. Although England are the clear favourites to emerge as victorious, New Zealand surely have the capability to cause an upset. Who are the key players from both sides and what should be the ideal strategy for them coming to this game?

So let’s dive into some key points before this all-important encounter.

THE VENUE AND TOSS

The collective batting average increases from 20.61 in day games to 30.95 in D/N games in Abu Dhabi. This shows that it becomes easier to bat on here as the day progresses and therefore, we can expect a high scoring game.

Also, in this world cup, the teams batting second have won on most of the occasions and Abu Dhabi has been nothing exceptional. The team batting second has won on six out of ten occasions at this venue. Further, there will be some dew later in the evening; that’s why the team which wins the toss would like to bowl first.

KEY PLAYERS TO WATCHOUT FOR

There have been some really impactful individual performances from both the sides.

England have been pretty much dependent on Jos Buttler in their batting department, which is evident from the fact that the swashbuckling batter has amassed almost thirty-nine percentage of the total runs scored by all the English batters in this tournament. Buttler is currently the only English player in the list of top-15 run scorers of the tournament with 240 runs at an average of 120 and a strike rate of 155.84 (most by an opener in this world cup). In the bowling department, Adil Rashid has been their best bowler with eight wickets at an average of just over thirteen and an incredible economy of 5.84. The way Morgan has been using him is amazing.

From New Zealand’s perspective, Martin Guptill will be someone they want to continue his good touch with the bat. Guptill has been their best batter with 176 runs at an average of more than thirty-five. Their bowling unit led by the experienced duo of Trent Boult and Tim Southee has been amazing. Boult has picked eleven wickets (most by a pacer) at a superb economy of just 5.85 and is currently placed at fourth position in the list of highest wicket takers in the tournament. Although Southee has picked seven wickets, his economy of just 5.70 is praiseworthy.

Apart from these four players, the eyes will surely be on Kane Williamson. Although the Kiwi skipper hasn’t been at his best in this world cup, we can’t ignore him considering his immense ability to thrive under pressure.

(1) Jonny Bairstow has been dismissed thrice by Mitchell Santner in T20Is and averages less than Six against him.

(3) Adil Rashid has dismissed Martin Guptill and the Kiwi bat averages just over twenty against the spinner in T20Is.

We expect New Zealand to field the same XI as they did against Afghanistan. On the other hand, England will have to make a forced change. As Jason Roy is ruled out, Jonny Bairstow looks all set to be promoted to the top and Sam Billings will probably be included to bat down the order. Although Mark Wood was expensive against South Africa, they might persist with him as he offers genuine pace and thus brings a different dimension into their bowling attack. So, the expected playing XIs are as follows.

Largely speaking, in this 2021 T20 World Cup semi final, the contest is going to be between England’s batting and New Zealand’s bowling.

On paper, England look absolutely invincible and thus are clear favourites to win this game on the basis of their gigantic batting line up. But if New Zealand bowl first and restrict England to a moderate total, they surely can cause an upset.

But again, it’s the 2021 T20 world cup semi final stage; it’s been a tournament where none expected defending champions to crash out the way they did and the mighty Indians to hop on to a flight back home as early as they did.

The old cliche lives again; who knows what might happen?