Another year went by. Another opportunity to win an ICC title is lost. After winning the storied 2011 World Cup and 2012 Champions Trophy, the Indian squad is still searching for their next ICC championship as 2022 draws to a close. But in the past two years, the men in blue have been at the top of their game, dominating every nation, even on their own land.

The Indian squad as a whole, whether it is the men’s team or the women’s team, will get another opportunity in 2023, just like every other year. The ICC Men’s Cricket World Cup 2023 will be held in India, so the men in blue will have a few opportunities to shine in the next year. Additionally, there’s a chance we’ll get to see the Indian squad compete in the World Test Championship final.

Will the Indian Team be able to put an end to their knock-out heartbreaks?

The team will need to put in a lot of effort to get ready for the upcoming series because winning a tournament takes a lot of work. The Rohit Sharma-led team will need to defeat Australia in the Test series, which shouldn’t be difficult given that the series is being played in India. The goal is to qualify for the World Test Championship Final 2023. We’ll just have to wait and watch if they can reach the championship game and, this time, bring the trophy home for 1.3 billion Indians.

The lads in blue will exert every effort to win that trophy after 12 years and that too at home.

The Indian team’s injury problem is one issue that still exists as a 12th man.

Jasprit Bumrah and Ravindra Jadeja are still not a part of any of the sides that will face Sri Lanka.

Due to their injuries, usual captain Rohit and KL Rahul were also in and out of the game. The management should make an effort to keep every player healthy and manage their workload in accordance with schedules in order to win a tournament.

Much like it was the last FIFA World Cup for Cristiano Ronaldo, Lionel Messi, Suarez, Neymar and a few more, the upcoming ODI World Cup can be the last dance for both Rohit Sharma and Virat Kohli considering their presents ages.

Although, they will not be the only ones who might play their last World Cup, Mohammed Shami, Ravichandran Ashwin and Bhuvneshwar Kumar may also be playing their last or might even don’t get a chance to play.

But there would not be a better place to win a World Cup than winning at home just like the 2011 ODI World Cup.

The upcoming year is not only just a chance to win an ICC title, but also to look out for the future as there are rumours that Indian management will opt for split captaincy.

That way the Indian cricket will have a newfound direction of sorts.

For Indian women’s cricket, 2023 will be a pivotal year as it will see the inauguration of the women’s IPL in country.

The women’s squad is also experiencing the agony of being eliminated in the knockouts, not just the men’s team from India. The Australians consistently dash the hopes of Indian women’s cricket, whether it is in the T20 World Cup final or the final of the Commonwealth Games.

Additionally, the India U-19 team, led by Shafali Verma, will compete in the U-19 Women’s World Cup. As a vice captain, Richa Ghosh will  accompany her and attempt to slam the ball into the spectators.

May this year provide Indian cricket only triumph and the chance to finally lift the trophy in front of their own adoring crowd. 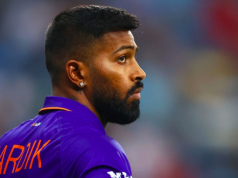