In an important semi-final of the NatWest T20 Blast, during August 2014, Lancashire took on Hampshire.

In a rain-affected contest, runs were hard to come by.

A wicket fell off the very first ball. Will Smith was on a roll.

In the next over, Usman Khwaja was caught at slip.

The score read 3 for 2. Then in walked a left-hander.

Though, this was not someone you’d rest high hopes on for T20s simply weren’t him.

Next up, by the time Joss Buttler fell in the 11th over, Lancashire, who’d been 3-for-2 found themselves floating at 74-4.

In the end, you wondered how did that even happen?

A prominent part of the batting was that left-hander using his feet against spin.

The ball was being sent at least ten rows into the stands on a day where many struggled to put bat to ball.

This was Ashwell Prince at 37.

A man no stranger to difficulty. A man whose career was riddled with uncertainty and challenges.

For instance, being asked to open in that phase where he had already settled into the middle-order.

So when he produced a 150 at a pacy Newlands wicket (2009) against Australia, Prince proved there was more to him than the customary comfort of batting at number 5.

It wasn’t that in the period thereafter, there weren’t unexpected changes.

When Duminy lost form, Ashwell Prince, who’d begun to get a hang of the opener’s role, was moved back into the middle order.

It was akin to a brave troop being stationed at the usual position in the cavalry.

For someone who’s batting position in the team often fluctuated akin to fortunes of a T20I during the death overs, Ashwell Prince spent more time extracting meaning out of the challenges posed at him instead of whining.

Perhaps that’s how he struck 500 plus career runs each against the West Indies, Australia, and England.

Perhaps that is how he struck those resolute Test hundreds whether as an opener, from the familiarity of batting at number 5. and even from number 6.

In a career that churned 4,600 runs, Ashwell Prince epitomized the grind needed for success in the Test level.

He was patient and liked focusing for long hours.

It’s a quality that ultimately led him to face 8,385 deliveries in Test cricket. And it was evident when he made his debut, at Jo’burg, 2002.

Born in rather hostile circumstances and witness to a soul-crushing innings defeat at the hands of Australia, how often does it strike our cricketing memory that perhaps the only real positive for South Africa back in the events of February 2002 was Ashwell Prince?

In the very Test where Gilchrist, Hayden, even Martyn made merry, it was Ashwell Prince versus the Australian bowling.

Though purely going by the numbers, his 49 was as mighty as is an arrow countering a blistering cannon even as Dippenear, Kirsten, and Kallis collectively made 6.

But just imagine what might have happened if Ashwell Prince, who contributed 49 of his team’s (first-inning) 159 not kept Gillespie, McGrath, Warne, and Lee at bay for 146 minutes?

Proving very quickly he was no ‘flash-in-the-pan‘, he contributed 28, the second-highest, in an otherwise disappointing second-inning show that yielded just 133.

Yet, it must be said, the game has a strange way of treating careers.

It can be very pleasing and welcoming to some, and indifferent, almost unfair to others.

Frankly, life’s not been all that easy for the scorer of 11 Test centuries.

Until recently, as per his own admission, Ashwell Prince had to explain he wasn’t some quota-based selection into the South African national side.

In reality, he had to work very hard.

Yet, our judgemental cricketing psyche that can be unsparing to the point of being salacious will remember his failings that how in the aftermath of his defiant 150 (vs Aus) he could score no hundreds despite playing 18 Tests.

Little do we reserve for the fact that before being considered for Test selection, Ashwell Prince contested in a lot many representative games for South Africa-A, and that a week before his selection, circa 2002, he’d made a 90-odd against a full-strength Australian side.

The very team against whom he’d go on to strike possibly the most undersung Test hundreds by a South African ever.

Truth is, we all remember- as we should- Hashim Amla‘s charismatic 311 against England. The way we remember De Villiers firing a Scud missile against the West Indies during his 44-ball-149.

We even remember Shaun Pollock’s century at Centurion during 2002.

But do we remember the significance of Ashwell Prince’s 119?

When the Port Elizabeth-born took on a Warne, McGrath, and Lee-powered Australia at the Sydney Cricket Ground in an important 2006, it was perhaps the most decisive moment of his career.

In the five Tests prior to the one at the SCG, Warne had got him out on eight occasions.

A reputation was at stake. Ashwell Prince had his head in the chopping block.

But he responded beautifully, scoring 119 off 271 deliveries.

The talking point in a Test where Australia eventually overcame Prince’s valiance was the 219-run stand he shared with Kallis.

Here was the hard grafter who held onto an end.

The mid-inning repairer who rescued Proteas akin to a Chanderpaul saving the day for the West Indies.

And it wasn’t that vital runs came only against the Australians.

This included that 121 at Durban and that 97 at Jo’burg before. It wasn’t easy to get on top of Zaheer Khan at his prime. The way it wasn’t easy to stick around with an in-form Kumble.

But the 212-ball-century at Kingsmead produced the ‘Prince of patience,’ who’d walked in with his team at 28 for 3, walking back not before they were 296 for 9.

Probably that’s the real sad part about the Ashwell Prince tale; that’s he’s never given the due weightage he deserves.

Not only because he fired top-notch hundreds against proven attacks that featured both searing pace attacks and the foxiest of spinners.

But the very fact that his career his a testimony to the fact that not all journeys only lead to runs in the middle.

There are often deeds whose impact weighs far bigger off the pitch as well.

Can you imagine Cape Cobras without their ace coach Ashwell Prince?

Prince’s lasting contribution to South African cricket is probably by way of nurturing talents in whose hands rests the bright hope for tomorrow.

Had it not been for Ashwell Prince, we may not have seen the rise of promising brothers- Janneman and Pieter Malan.

And if you were to ask Kyle Verreyne about an important guiding factor in his journey, he’d point nowhere else but to one of South Africa’s unsung but earnest contributors.

(with contributions from Pranay Rangra) 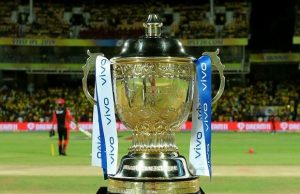 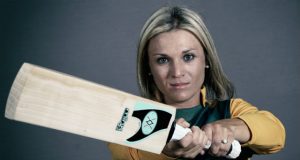 The Spark of Grace In the Proteas Fire: Mignon Du Preez

Dev Tyagi - June 13, 2018
0
The greats glitter in the gloom. They are not worried by remorse. They disallow defeats to crush their spirits. The greats, despite being hurt, simply move...