Before I start, I know that CSK have played only a couple of games till now and it’s super early or maybe even illogical to scrutinize them just after two games but some important issues were clearly visible in the first two games which requires to be fixed right away.

What were the Concerns?

First, let’s go back to 2020- and forgive me CSK fans for they finished on 7th. What was major about this? For the first time in their IPL history were CSK denied a play-offs spot, controversies, and whatnot. But what was the main reason for the loss? Poor batting. They batted very slowly during the power-plays and especially in the middle phase (7-15) that they had a lot to cover up in the death overs and they couldn’t do that.

Players lacked match practice. Dhoni was out of action since the World Cup semi-final in July 2019. Ambati Rayudu hadn’t played any game for god knows how long. Shane Watson wielded the bat for the first time since the IPL 2019 and these were the main batters for CSK. Suresh Raina was not there, Bhajji wasn’t there too. So important players were missing and the remaining ones were with no match practice at all.

This affected their performance very badly. Dhoni, who was the pillar of CSK’s batting couldn’t find any form throughout the tournament. Others were very inconsistent too. They started slowly in the power play, scored slowly during the middle-overs, and couldn’t finish well in the death overs which eventually led to their poor performance that season.

Death bowling has been a major concern for CSK for some time now and its this aspect in 2020- a critical craft in the format- that didn’t show a lot of promise. They leaked runs at a very high rate, which was another big reason for their poor performance. Moreover, not picking up early wickets in the power plays while bowling also pushed them out of the games very early.

In the second game, two CSK were 24 in five overs when the first wicket fell and they were 90 when in 12.3 overs when the second wicket was down, scoring 66 runs in 7.3 overs at 9 runs per over which is great for the middle overs.

What does it mean? This means that CSK played very aggressively, especially in the middle-overs. They scored over 10 runs an over after the power play in the first game, which was great to watch. Every batsman showed intent and played fearlessly.

They bat very deep till number 10 while Deepak Chahar who’ll bat at 11 for them is very handy with the bat. This batting depth allows the players to bat freely and aggressively.

On good batting tracks, this CSK side can set up very high scores and is capable of chasing down any total.

So, we can say that CSK’s issue of batting slowly in the middle overs has been fixed and it’s the biggest positive for them this season

Power play batting is a major concern for CSK this season too. They scored 26 and 33 in the power play in the first two games respectively which is not acceptable at all, that too when they have 10 batsmen in their XI.

The new ball moved a little in both the games but their performance in the PP was very poor. Ruturaj Gaikwad failed to score runs in both the games, especially in the second game where he was struggling to even put bat to ball and scored 5 runs in 16 balls at a strike rate of 31.25.

For someone who looks comfortable in the format, Faf du Plessis played very ordinarily in the second game. He scored 36 runs in 33 balls in the match, on a good batting wicket, and was slow in the first six overs as well.

Chennai Super Kings is known for their spin bowling approach. They build a spin bowling attack for their slow and turning track back home at Chepauk and try to trap them in the spin web. They have been very successful in doing that over the years. They used to win 5-6 games out of the 7 played at home and qualify easily for the playoffs.

But the IPL moving out of India due to the Covid-19 pandemic in 2020 served a big blow to them as their squad was full of spinners and they didn’t have a proper express fast bowler in the squad who can hurry the batsmen with pace.

Their fast bowlers were, we can say, “gentle fast” on those tracks and were taken to the cleaners by the other teams. Lungi Ngidi leaked a lot of runs. His economy in IPL 2020 was 10.44 which was very expensive.

CSK won’t play any game at Chepauk this season and the need for an express pacer who can bowl at 140+ consistently in the CSK bowling attack has already been felt. Deepak Chahar, Sam Curran, and Shardul Thakur don’t have enough pace to make the batter feel uneasy on the Wankhede pitch.

Although it was only the first game but the three pacers going for easy runs like didn’t seem to be a good sign. Shards Thakur, whose responsibility is to keep the flow of runs in check during the middle-overs leaked runs at the rate of 14.5 in the first game and gave runs at an economy of 9 in the second game where others didn’t even concede at 6 runs per over.

CSK have Lungi Ngidi in their squad who can be the key to their problem but he has been very expensive in the IPL lately. His economy in the last 5 overs in the last season was 12.33, so he needs to do well in the death overs if he gets the opportunity.

They have signed Jason Behrendorff as Josh Hazlewood’s replacement and he played for the Mumbai Indians in the 2019 season and he is not a death bowler. His strength is wickets with the new ball but overall he can be a good option for CSK.

Despite CSK’s image of backing their players for a long run, time seems to be quickly getting away from Ruturaj Gaikwad after his first two performances and the likes of Robin Uthappa waiting to get his chance. Faf too needs to start quickly as CSK has quite a few options for the opening slots.

Deepak Chahar came back to form in the second game where he picked 4 wickets for just 13 runs. Chahar bowled his full quota of overs in the powerplay too. Him coming back in form and picking up early and putting the opposition under pressure solves most of the problems for CSK in the bowling department.

Shardul Thakur needs to stop the flow of runs during the middle-overs. His economy in the middle-overs (7-15) in the IPL since 2019 is 7.11. If he can do the same it will be very beneficial for CSK.

They’ll also need good performances from their overseas pacer be it Lungi Ngidi or Dwayne Bravo. Bravo did well in both the games and CSK expects him to continue the same while Lungi Ngidi if he gets the chance, must do well as he’ll be the only pacer with 140+ speed who can hit the deck hard in this CSK side.

Now, they also have Jason Behrendorff who brings variety in their bowling with his left-arm angle and is known for picking up early wickets. So they have the option in here and they’ll need their bowlers to do well during the middle and the death overs.

As stated earlier, this is super early to judge CSK based on only one performance but the issue with their power-play batting and bowling (death and middle-overs) is very concerning and they should need to fix that ASAP.

After all, “bowlers win you championships” and “a good start” is always good. 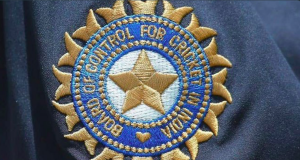 What Can Be Expected For Indian Cricket In 2021 Given The...

Abhinav Bose - December 27, 2020
0
One of the biggest talking points going into the 89thAnnual General Meeting (AGM) of the BCCI in Ahmedabad was the expansion of the IPL...