Spin bowling is something that has always captured the imagination of the viewer, not in the least, of the captain who relishes his bowler and the wonders produced by his bowler’s guile. Then whether you talk of the iconic Jim Laker, the trailblazing Shane Warne, or the majestic Sana Mir, the turn or revolutions on the ball can revolutionise the sport in ways few other things can. But what truly got me spinning all day was when I sat down to compile an article on South Korea’s talented left-arm spinner Soochan Park.

In an information age where it takes about half a second- considering you’ve got a fine internet connection- to find dozens of images against anyone’s name, I found precisely three on one of South Korea’s most proficient turners of the ball, a cricketer about him the last strands of documented cricketing findings date back to November, 2016.

Though what was more saddening than the fact that two in three images were subject to copyright protection, which left only a solitary picture albeit of poor quality, was the fact that there was no sufficient information available anywhere about a quality player, regarding whom there exists not a single sufficiently-reliable information bank nor a single feature article over the world wide web.

Not a single exclusive that could analyse the successes or lows of a talent whose greatest efforts have, thus far come in strengthening his South Korea side and upholding its dignity in a game where mind games and dirty tricks often lower Cricket’s emotional and cultural standing.

You know you have arrived on the right cricketing junction or station, whatever you call it when an ESPNCricinfo page lands you with heaps of information about a player, but you know what awaits you is an ordeal when that very page, a bible of information for all intents and purposes, carries information about the player’s last five appearances.

What’s worse is when another giant of cricket journalism Cricbuzz, has not even a page created about the player. And with no leads available, whatsoever, no Howstat data either, I knew I was either on a wild goose chase or if I loaded with sufficient will-power, had to sift across whatever data, or the lack of it, available akin to an Israeli spy who goes deep undercover on a secret Iranian operation.

So what I managed at the end of the day are three separate pieces of information about a spinner who forged his way into cricket thanks to T20 exploits in a very uncanny way, much like those important names that made up the construct of the South Korean cricket team.

A little over half a decade ago, Soochan Park, a bowler gifted with the foxiness and guile of a true spinner helped improve his game watching YouTube videos on the sport. Furthermore, the only cricketers he was actually aware of, were predominantly Asians, one name among them being rather popular; someone worshipped by India like a God but to South Korea cricket team, he represented just excellence and excellence alone.

Soochan Park, did after wonder, what would it be to bowl to Tendulkar.

Next. Most his match-winning performances, that have either yielded a two-for or a three-for, came against the second most powerful East Asian side- Japan.

In a nail-biting final of the then-widely followed 2016 East Asia Cup, one which featured not just South Korea, but Japan, China and Hong Kong, Soochan Park took the key Japanese wicket of Jun Yamashita. He bowled what was one of the deliveries of the game- a deceptively flighted one around middle and leg, which the right-hander wrongly mistimed, succeeding only in holding onto the man inside the circle: South Korea’s captain Jun Hyunwoo.

In the same contest, winning which South Korea did rise to the fore and succeeded in making themselves taken more seriously by the ICC, Soochan Park scored an eleven, a tiny knock to some, but forged importantly, a 24-run stand in the middle of the innings when a collapse was evident.

And finally, I became aware of the information that Jun Hyunwoo, easily the most known and talented of all South Koreans, who also made his way to India, in a bid to familiarise himself with the Indian Premier League, may have arrived with Soochan Park and an entire contingent of youngsters, with their carefully-woven itinerary involving watching the Punjab Kings play an IPL contest t Mohali.

Meeting the likes of Adam Gilchrist during that time was one of the best moments of Park and Jun’s life, as the duo recall.

In fact, one of the highest points of Soochan Park’s career came way back in 2014. At a time where world cricket was predominantly focused on the Bangladesh-bound T20 World Cup, Sanga and Mahela‘s swansong event, miles apart in the land of Samsung, the city of Incheon was hosting important contests for the home side.

And making no surprises whatsoever in reaching the quarter-finals, avidly in their attempt to seek a birth in the semis, Soochan Park and his men clashed with a Sri Lankan line-up featuring Upul Tharanga and the likes of Dinesh Chandimal.

Though instead of returning golden figures, for some reason, unbeknownst to the man himself and to his followers back at home, Park wasn’t made to bowl. Later, he’d score a naught.

But for a talent who’s far from being aged in the game and boasts of a best bowling figure of 2/21 versus the Hong Kong Dragons in a T20, a contest in which he bowled a maiden over with his opponents managing economies of over 6, going as far as 11 an over, Soochan Park is nowhere to be found today.

Not that he has gone missing, but the fact that the last coach of the national side- Mr. Nasir Khan informed- that due to a paucity of financial reserves the team has been dissolved, with neither among the male’s or female cricket team finding sufficient financial carpet to stand with both their feet on.

This was 2018, the recent years leading up to which had involved the game being played as per the ICC guidelines, which even meant a reform in cricketing structure, by way of opening doors to recruit Bangladeshi, Indian, Pakistani and other Asian nationals with proper cricketing skills to revive the sport and further extend its limited ground.

After all, little was reserved for caring about a sport in a Kimchee noodle country where much of what was admired about Cricket was the fact that it resembled a sport most of Korea loves- Baseball!

And that nearly every active South Korean cricketer from the onset of 2014-18 seasons was skilled in Baseball, and thus, hitting the ball hard, was only going to strengthen the sport.

Though what’s sad and crushes the heart is that for a country that struggled for years to even play on a proper cricketing turf until a team of Australian designers and Hyundai designed the cricket stadium in Incheon is that the Korean Cricket Administration hasn’t done enough to keep the sport alive.

After the defeat in the 2014 Asian Games, the Olympic body in Korea wanted to demolish cricket grounds, like that in Yeonhui suggesting ‘maintaining it was hard and costed a lot more!’

The key question here, however is, what did the ICC, which identified Korea as an affiliate in 2001, do about it? Could financial assistance from the game’s elite administrator and more seed capital from Korean business moguls not have helped?

Did anyone try for it?

What sinks one’s heart is to note that as cricket continues to evolve, reaching a far greater Geographia on earth now than it ever did, with no fewer than 150 countries actively playing the sport whether as a full-time ICC member or an Associate or Affiliate, South Korea’s national team last represented the land of the famous Samsung and the land of famous pop music back in 2018.

What followed next was COVID 19 outbreak mid-2019 onwards and that was that.

But what will continue to hurt is what in the likes of Soochan Park there were those who seemed seriously determined to succeed, thinking a lot more deeply about the game that one would’ve thought a Korean cricketer would.

With the help of Emerging Cricket (emergingcricket.com), I was able to find a comment submitted by Park on the art of bowling:

“You must be able to cope wth different types of balls- speed, length, line and trajectory- which makes it very challenging. I like that the whole tam focuses because they’re all bowling and fielding and have to change positions constantly to outmanoeuvre the batters. This creates more unity and focus than Baseball.”

For a young man who thought so passionately about the sport, I fear and hate to submit, maybe it was a lack of unity among the keepers of the game’s spirit in Korea which sank many a career or have ensured that several have simply slipped away. 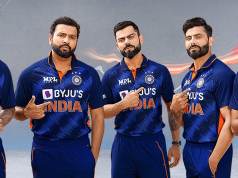 History Against India, But Not Vigour & Passion, As Team Chases Glory In T20 World Cup 2021! 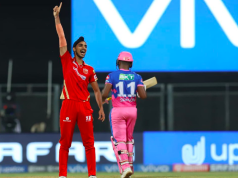 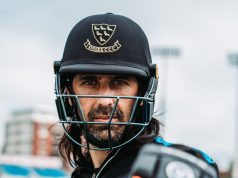 The Power Of Weise Breaks The South African Barrier